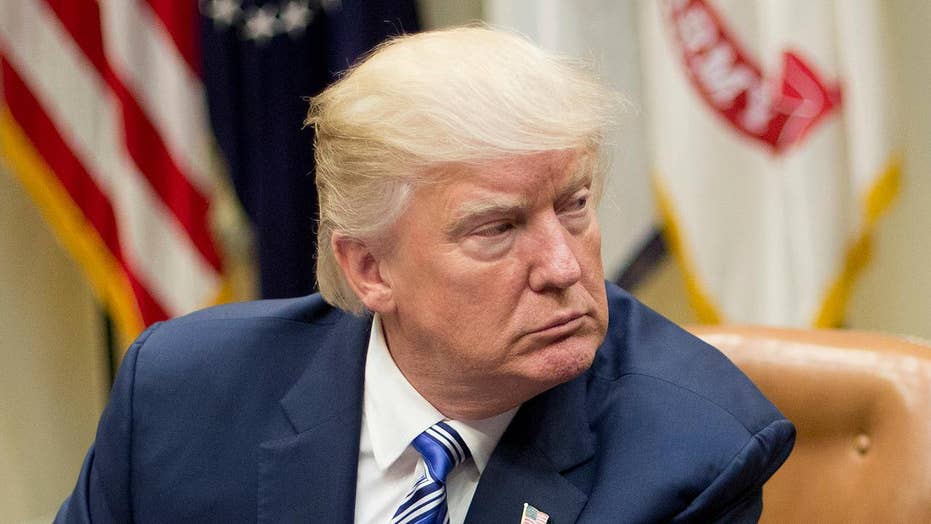 Ex-FBI Director James Comey is set to testify before the Senate Intelligence Committee on Thursday and President Trump’s rapid-response team is ready to go.

That team largely consists of Trump himself.

The president, who often has been described by top staff members as his own best spokesman, reportedly is considering live-tweeting during Comey’s testimony. Further, Trump is set to speak to a group of religious conservatives shortly after the former FBI head begins his grilling on all things Trump and Russia.

Trump fired Comey on May 9, immediately prompting questions from critics on if the firing was motivated by the FBI’s investigation into alleged Russian meddling in the U.S. presidential election. Detractors have asserted collusion may have occurred between the Kremlin and Team Trump – a charge Trump has vociferously denied and for which no evidence has been presented.

“He's a showboat, he's grandstander, the FBI has been in turmoil,” Trump said of Comey in an interview with NBC. “You know that, I know that. Everybody knows that.”

Given that disconnect, Trump might be motivated to conduct his own damage control on Thursday. The news that Trump could live-tweet the hearing “if he feels the need to respond” was reported by The Washington Post on Tuesday, citing two White House sources.

This would be consistent with similar events in the past.

Trump previously had tweeted during then-Director Comey’s May 3 testimony, writing under a video clip from the House Intelligence hearing: “The NSA and FBI tell Congress that Russia did not influence the electoral process.”

The tweet soon became a topic of discussion in the committee room, and Comey pushed back when asked about the accuracy of the tweet. He told lawmakers that despite Trump's claim, “It certainly wasn’t our intention to say that today, because we don’t have any information on that subject and that’s not something that was looked at.”

During the presidential campaign, Trump also live-tweeted during Democratic debates and the Democratic National Convention. Trump has produced more than 35,000 tweets in the eight years since he joined Twitter – an average of about 11 messages per day.

Trump continues to make news in other ways, traveling the country this week to highlight his infrastructure push and domestic policy agenda.

Trump on Wednesday also announced his pick – over Twitter – to lead the FBI post-Comey: former assistant attorney general Christopher Wray. The news came not only a day ahead of Comey’s testimony, but hours before another Senate hearing that included Acting FBI Director Andrew McCabe and other top law enforcement and intelligence bosses.

Adding to his counter-programming, Trump is set to give the keynote speech at The Faith & Freedom Coalition on Thursday afternoon, a talk that will likely occur at the same time Comey is being grilled. Comey’s testimony is slated to begin at 10 a.m. and the luncheon starts at 11:30 a.m.

In an interview last May on Fox News, Trump explained his personal strategy dealing with attacks -- "I'm a counter-puncher" -- which could signal his approach during what is expected to be a historic and widely watched hearing.

Though the White House has not stood up a so-called "war room" to specifically deal with Russia-related allegations, the president will have some outside help.

Great America Alliance began running the ad “Showboat” on Wednesday in a spot that “questions the record” of Comey, a press release from the group said. The ad was set to run on Fox News and CNN.

“It's a shame we must devote time and attention to D.C. Insider James Comey, but it’s important to set the record straight in advance of and during his testimony,” Senior Adviser Tomi Lahren said.

The ad highlights previously inaccurate testimony by Comey during the May 3 hearing before concluding: “James Comey: just another DC insider only in it for himself.”