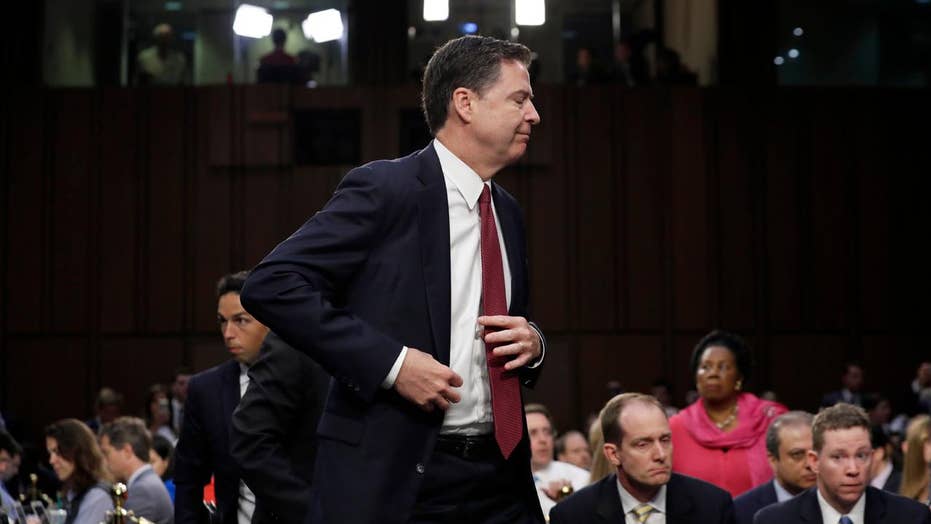 Former George W. Bush senior staffer Brad Blakeman on how former FBI Director James Comey hints in his new book that there was information about former Attorney General Loretta Lynch that was “still unknown to the American public.”

A "good friend" of former FBI Director James Comey's said he is "very much" looking forward to what the upcoming Justice Department inspector general report on the Clinton email investigation has to say about former Attorney General Loretta Lynch — the former Obama administration official now engaged in a war of words with Comey.

Benjamin Wittes, editor in chief of Lawfare, wrote at length Wednesday about the backstory of Comey's new tell-all memoir, A Higher Loyalty: Truth, Lies, and Leadership. While he said Comey isn't without blame for how he handled the FBI's investigation into former Secretary of State Hillary Clinton's unauthorized private email server, he said the consideration of other decision-makers, "particularly Lynch," paint a full picture for those people who believe the probe was a "train wreck" that cost Clinton the 2016 presidential election.

Noting the "selective outrage" against Comey for announcing the case was reopened less than two weeks before the election, Wittes said, "Lynch was a compromised figure with respect to the emails 'matter.'"

The mention of a "matter" is a reference to Comey's testimony before the Senate Intelligence Committee last year, in which he said Lynch requested he minimize Clinton’s email investigation, urging him to call it a "matter" instead of an "investigation."

Wittes described how Lynch appeared to be "only too happy to have Comey fall on this particular grenade," in reference to how, according to Comey's book, Lynch told him, "Try to look beat up" about the renewed email probe.

"Comey told me this story shortly after it happened, and for a lot of reasons, it has bothered me ever since. Partly because of it, I very much look forward to how the forthcoming inspector general’s report on the Clinton email investigation treats the attorney general," Wittes wrote.