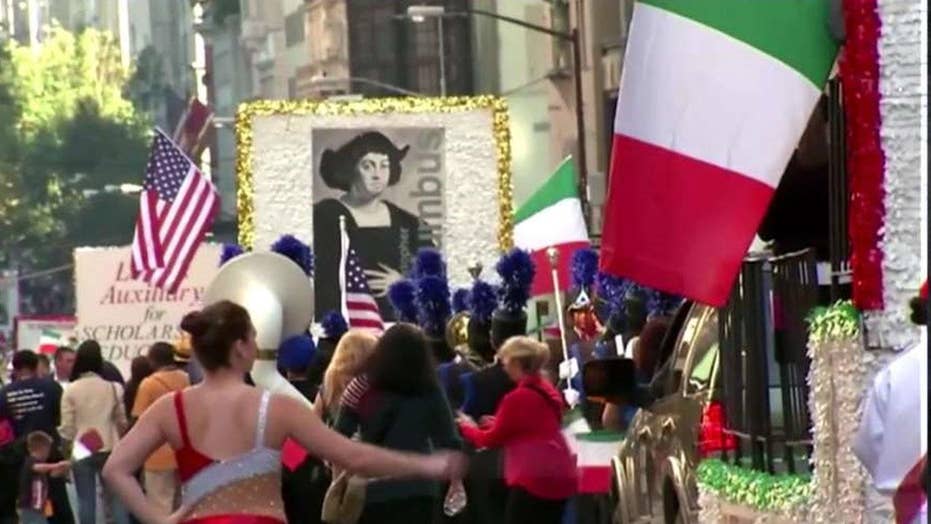 Columbus Day to be renamed Indigenous Peoples' Day in LA

The council voted to replace Christopher Columbus' name on the holiday with a celebration of indigenous people, Fox 11 Los Angeles reported.

Columbus Day, recognized by the government as a federal holiday, is celebrated on the second Monday of October each year. 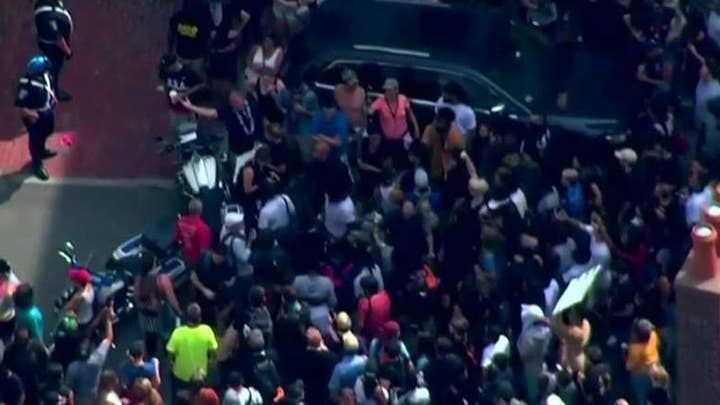 The proposal to replace Columbus’ holiday was introduced in November 2015 by Councilman Mitch O'Farrell, a member of the Wyandotte Nation tribe, because of what he called "Columbus' legacy of extreme violence, enslavement and brutality'' and "the suffering, destruction of cultures, and subjugation of Los Angeles' original indigenous people, who were here thousands of years before anyone else.''

AMID CHARLOTTESVILLE BACKLASH, SOME ARE ASKING IF STATUE REMOVAL PUSH HAS GONE TOO FAR

The motion passed with the exception of one councilman — Joe Buscaino — who voted against the proposal. Buscaino is expected to introduce a second proposal that would schedule an Indigenous Peoples’ Day to take place on Aug. 9, and replace Columbus Day with "Embrace L.A. Day."

Buscaino sided with Italian-Americans against the holiday change, who view Columbus Day as a celebration of their Italian heritage.

"With or without Columbus, Italians will continue to celebrate their sacrifices and contributions to this great country and our great city,'' Buscaino said following the vote.

The history of Christopher Columbus has often been divisive as some historians claim the explorer committed atrocities against the Native Americans he encountered when he came to America.

However, the National Christopher Columbus Association — which is calling for Los Angeles to keep the holiday as is — insists Columbus was not responsible for genocide by the foreigners who arrived after him.

"It is a huge error to blame Christopher Columbus the man for (genocide) at all,'' Patrick Korten, a board member of the Association, told the L.A. City News Service. "He bore no responsibility for it and as a matter of fact, if you do the slightest little bit of history on the man and read his diaries, and what was said about him following the years of the discovery, it is clear that Columbus personally had great affection for the indigenous people he encountered and went out of his way to order his men not to abuse them in any fashion.''

CONFEDERATE STATUES, FLAGS AND OTHER SYMBOLS ABOUND AROUND THE COUNTRY

Indigenous Peoples’ Day was created as a counter-holiday to Columbus Day and, in 1994, was declared as an internationally-recognized holiday by the United Nations.

Los Angeles is the largest — but not the only — city to get rid of the "Columbus Day" name. The city now joins San Francisco, Seattle, Minneapolis, Berkeley, Santa Cruz and the states of South Dakota, Hawaii, Alaska and Oregon, in celebrating indigenous, aboriginal and native people rather than the famed explorer.