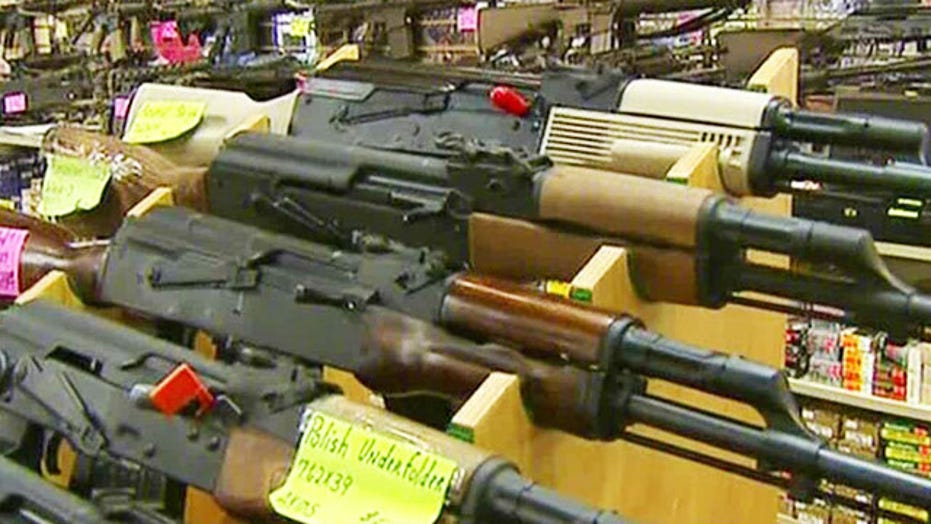 More than half of Colorado's elected sheriffs are planning to mount a legal challenge to the state's sweeping new gun restrictions.

The Denver Post reports that 37 of the state's 62 sheriffs will sue to overturn laws passed in March that set limits on ammunition magazines and expand background checks for firearms.

Weld County Sheriff John Cooke told the paper that the proposed lawsuit would argue the laws violate Second Amendment rights. He said the lawsuit would likely be filed within the next few weeks.

The group County Sheriffs of Colorado has opposed a ban on high-capacity magazines, and about a dozen Colorado sheriffs spoke against the new laws during President Obama's visit this week. The laws take effect July 1.

The group's board of directors decided against joining the lawsuit as a plaintiff, according to County Sheriffs' executive director, Chris Olson, the Post reported.

Cooke told the Post he anticipates more sheriffs will join the lawsuit, though some of his colleagues reportedly oppose the legal effort.

San Miguel County Sheriff Bill Masters told the paper he doesn't think the newly-passed laws will be effective but he won't be signing on to the lawsuit.

"I'm not going to sue anybody for anything. I understand the frustration but I wouldn't do that," Masters said.

In a letter to residents last week, Douglas County Sheriff David Weaver warned that the state's new gun laws are going to be difficult, if not impossible, to enforce and won't stop another mass shooting.

Weaver said ammunition magazines shouldn't be limited and said criminals will just steal them or buy them out-of-state. He said he won't disregard the new laws but also won't be "ordering gun magazine roundups."