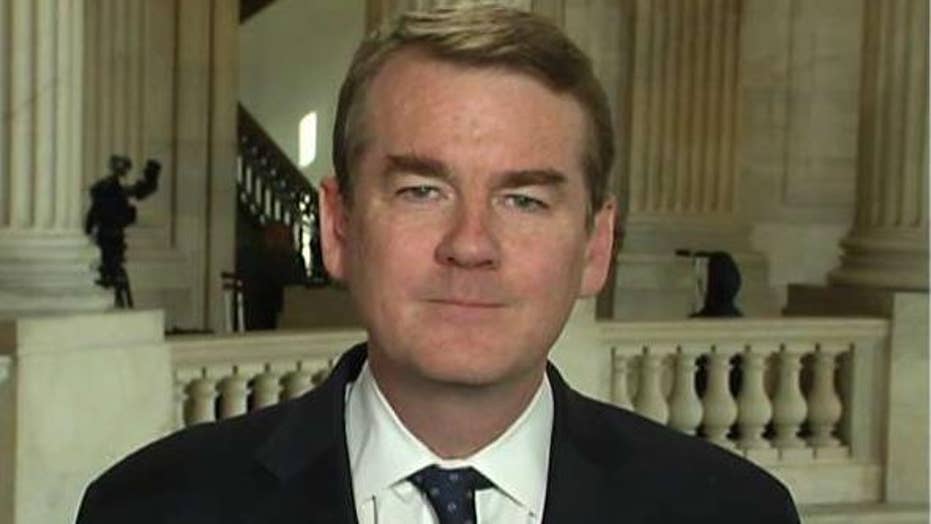 It's time for Congress to move past the standoff over border funding, says Colorado Senator Michael Bennet, Democratic member of the Senate Intelligence and Finance Committees.

Add Sen. Michael Bennet of Colorado to the still-growing list of Democrats running for the White House.

“We cannot be the first generation to leave less to our kids, not more. That’s why I’m running for President,” Bennet announced on Twitter Thursday morning. “Let’s build opportunity for every American and restore integrity to our government.”

On an interview with CBS News, Bennet emphasized that the nation faces two enormous challenges – “a lack of economic mobility and opportunity for most Americans” and the “need to restore integrity to our government.”

And he stressed that “if we continue to go down the path we’re going, we’re going to be the first generation of Americans to leave less opportunity, not more, to the next generation. I just need to do everything I can do that we don’t do that.”

The two-term senator was diagnosed with prostate cancer just over a month ago and underwent surgery. His Senate office announced on April 19 that Bennet had a clean bill of health.

Bennet told Fox News early last month that “I feel really lucky. It was caught early and this is a really treatable form of cancer and we have insurance. I think I’m going to be fine. I hope I will because I really want to have the opportunity to run in 2020.”

And on Thursday, as he announced his candidacy, he said his cancer diagnosis “was very clarifying.”

Bennet, who now joins an historically enormous field of Democratic contenders, isn’t even the only candidate from Colorado. Former two-term Gov John Hickenlooper jumped into the race in March.

But Bennett listed three things that he says will make him stand out. He highlighted that he has “a tendency to tell the truth,” he touted his bipartisan track record in Congress and he spotlighted that “I’ve won very tough races in a purple state, winning red counties in that state.”

“Michael Bennet is just another tax-and-spend liberal with no chance of becoming president. Bennet hasn't gotten anything done after more than a decade in the Senate, and unfortunately for him, the ‘unknown, no-accomplishments lane’ of the Democratic primary is already full,” RNC communications director Michael Ahrens charged.

Bennet’s late entry into the race doesn’t leave him a lot of time to make the stage at the first round of Democratic presidential primary debates, set for late June.

“We’ve made it a little bit harder on myself although I wouldn’t have asked for this issue,” he told Fox News last month. “I think it’s important to be on the debate stage, whether it’s the first debate or the second debate, however you’re able to do it, and we will work to get on there.”

While many of his rivals for the nomination are supporters of the single-payer “Medicare for All” health care proposal – a top wish-list item for the progressive base of the Democratic Party – Bennet isn’t one of them. Instead, he teamed up with Sen. Tim Kaine of Virginia to come up with a plan called “Medicare-X” which would establish a public option.

“I wouldn’t even call it extreme or left wing or too progressive or any of that stuff,” Bennet said when asked about “Medicare for All.” “I know people out there want to have a public option to compete with private insurance. I know they want to have a choice and I know they don’t want to be dictated by the federal government what that choice has to be. That’s how I developed the idea for 'Medicare X.'”

He touted that his plan is “more achievable.”

And, pointing to Trump’s efforts to scrap ObamaCare, Bennet argued that “we have a president who has spent his administration trying to take health care away from millions of Americans.”

Bennet, who served as superintendent of the Denver public school system before first winning election to the U.S. Senate in 2010, highlighted his push to reform education.

He’s pushing for year-round school, saying it would narrow the achievement gap, saying that “in the summertime the more affluent kids gain proficiency, the less affluent kids lose proficiency.”

He also stressed that “this is a place with a lot of low hanging fruit where we can make an enormous difference... with some very smart strategic (federal) funding, we can revolutionize community colleges in this country and we could change dramatically what we’re doing in K-12.”

“It’s not about nice. That guy is not nice. But it’s about following through on what he’s trying to do,” he said of the longtime Republican senator from Kentucky. “We need to be as strategic as McConnell.”

But he added, “I do not believe that we need to be as ruthless as McConnell.” 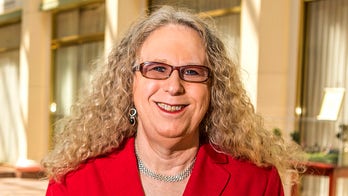