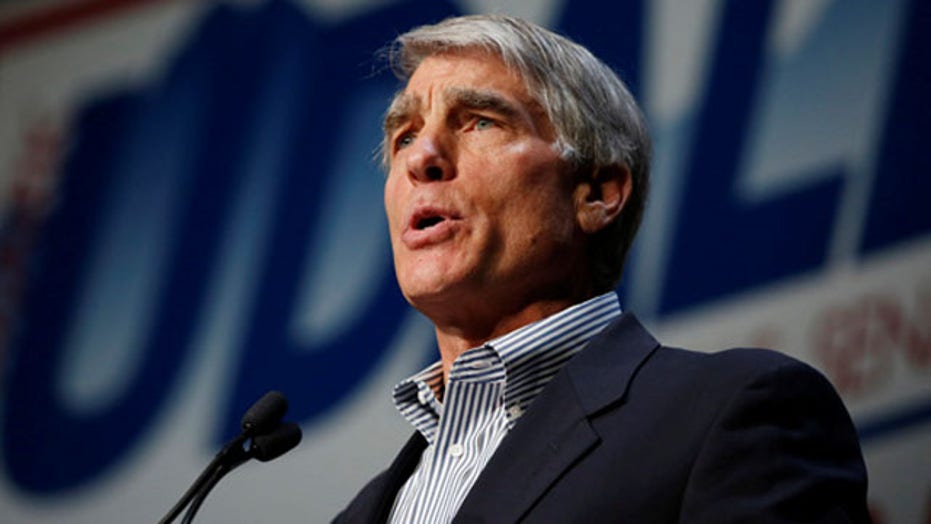 Colorado’s extremely tight Senate race—at this point too close to call -- could play a crucial role in control of the Senate and the future direction of both political parties.

"It's hugely important nationally," according to Colorado political analyst Eric Sondermann. "The number one theme of election night is going to be the battle for control of the U.S. Senate. Colorado is at the epicenter of that battle."

Udall easily won election to the Senate the same year Barack Obama accepted his party's nomination for president in a triumphant outdoor ceremony in Denver. Things have definitely changed.

"The president, obviously his popularity and approval ratings are in the tank," Sondermann said. “It is very tough being a Democrat in a swing state, particularly running for federal office."

Gardner has relentlessly worked to tie Udall to the president. At a recent campaign event he repeated his mantra, "I don't know if you've heard this or not, but Mark Udall has voted with the president 99 percent of the time."

For his part, Udall has continually hammered Gardner about reproductive issues for women, pointing out that Gardner has supported "personhood" amendments to the state constitution in two previous elections.

Those measures went down to defeat and Gardner said he does not support a similar amendment on the ballot this year.

"Reproductive freedom is a big deal for millions of Coloradians," Udall insisted. "If Congressman Gardner hadn't built his political career on trying to limit those freedoms, we probably would be having some other conversations."

However, focusing on this issue may not have worked out as well as Udall had hoped. The Denver Post cited it as one reason it chose to endorse Gardner, saying, "Udall is trying to frighten voters rather than inspire them with a hopeful vision. His obnoxious one-issue campaign is an insult to those he seeks to convince."

Sondermann asked if the strategy had backfired. "It doesn't seem to be having quite the punch and quite the impact that it's had for Democrats in past cycles,” he said. “I think it's left voters saying, 'What else do you have?'"

Colorado has seen a revolving door of big political names trying to tip the balance in favor of their party's candidate. Mitt Romney, Chris Christie and Jeb Bush for Gardner; Bill Clinton, Hillary Clinton and Michele (though not Barack) Obama for Udall.

But the race's importance transcends this election. Both parties are watching Colorado to figure out which strategies will work and which won't in the 2016 presidential race.

Colorado's demographics are the reason: like the nation as a whole, the state is almost evenly divided between registered Democrats, Republicans and unaffiliated voters with a growing Hispanic population.

Making things even more interesting, for the first time this year every registered voter has been sent a ballot in the mail. So far, official voter turnout numbers show that Republicans are voting in much larger numbers than either their Democratic or unaffiliated counterparts.