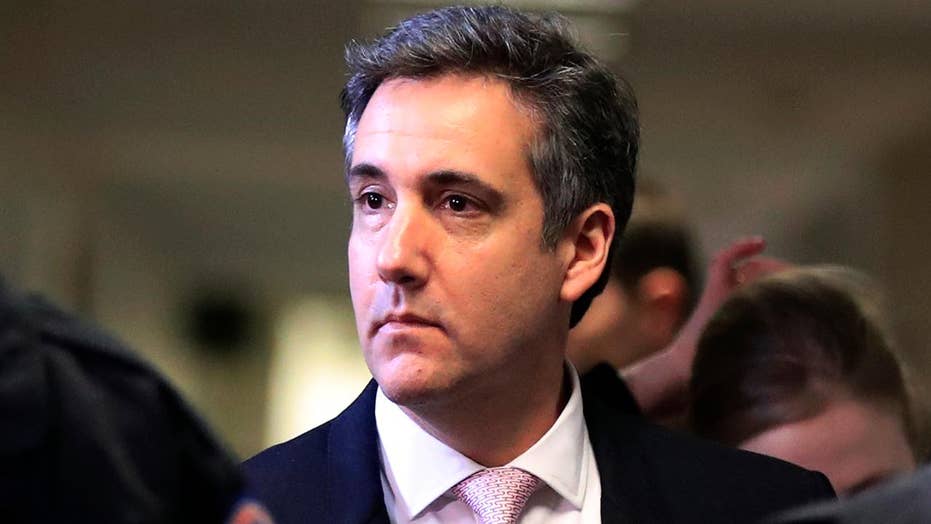 President Trump's former personal lawyer Michael Cohen's prepared remarks to the House Oversight and Reform Committee are released ahead of his public hearing; Catherine Herridge has the details.

Former Trump lawyer Michael Cohen told a House committee Wednesday that he threatened schools President Trump attended over the possible release of his grades during the 2016 campaign -- promising to hold them liable “to the fullest extent of the law” if they made then-candidate Trump’s records public.

Cohen presented the House Oversight and Reform Committee with a letter he said he wrote “at Mr. Trump’s direction that threatened his high school, colleges, and the College Board not to release his grades or SAT scores.“

He said it was evidence of Trump being a “conman.”

“When I say conman, I’m talking about a man who declares himself brilliant but directed me to threaten his high school, his colleges, and the College Board to never release his grades or SAT scores,” he said.

The May 2015 letter to Rev. Joseph McShane, the president of Fordham University, informed him that release of such records without Trump’s consent “is expressly prohibited by law, with any violation thereof exposing the subject educational institution to both criminal and civil liability and damages including, among other things, substantial fines, penalties and even the potential loss of government aid and other funding."

“The criminality will lead to jail time,” he warned.

The letter goes on to threaten that if the records were to be released, “we will hold your institution liable to the fullest extent of the law including damages and criminality.” It ends by requesting that McShane respond “to inform me that the records have been permanently sealed.”

In his testimony, Cohen noted that Trump had repeatedly called on then-President Barack Obama to release his college transcripts over claims that Obama did not deserve to be accepted to Ivy League schools.

“The irony wasn’t lost on me at the time that Mr. Trump in 2011 had strongly criticized President Obama for not releasing his grades,” Cohen told the committee, and presented a news article that showed Trump calling Obama “a terrible student” and questioning how Obama was accepted to Harvard Law School and Columbia University.