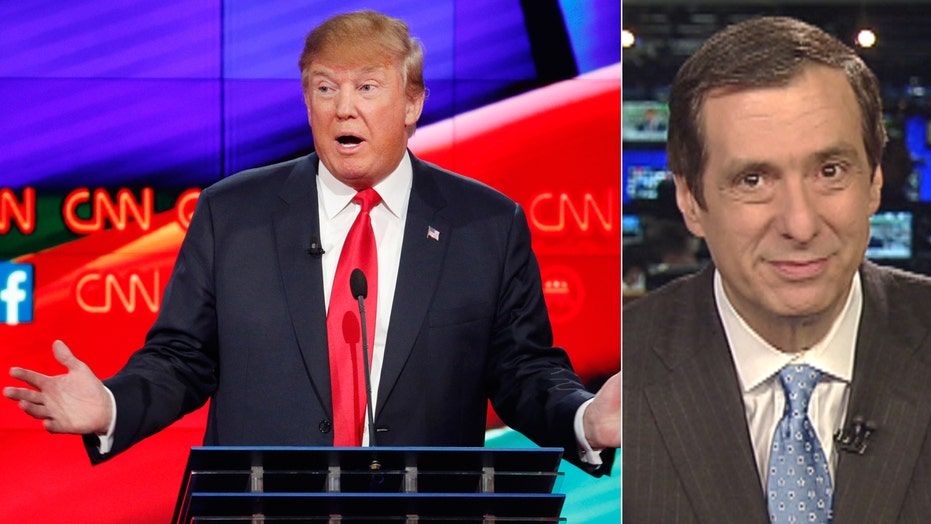 The charge against Wolf Blitzer and company is that they tried to get the Republican presidential candidates to argue with each other.

And the problem is?

Obviously, debate moderators can go overboard with the “he said this terrible thing about you” approach. But that didn’t happen Tuesday night in Las Vegas.

Not that Donald Trump was buying it.

He said during the debate that it was “very sad that CNN leads Jeb Bush, Governor Bush down a road by starting off virtually all of the questions, ‘Mr. Trump this…’” As for the undercard debate, “I thought it was very unfair that virtually the entire early portion of the debate was Trump this, Trump that, in order to get ratings, I guess.”

By Trumpian standards, that wasn’t much of an attack. This is a guy who calls journalists losers and dopes on Twitter (and he went after Fox’s Charles Krauthammer, George Will and Steve Hayes at a rally yesterday). It sounded more like half-hearted grumbling.

The billionaire has a huge lead in national polls and most state polls. Of course any debate is going to focus on him. That’s why Blitzer’s first question was about his temporary Muslim travel ban.

But Trump’s plan was to avoid fisticuffs with his rivals, and he largely succeeded, except for the moment when Jeb Bush got under his skin and he shot back, “I’m at 42 and you’re at 3!”

Some credulous pundits hyped the Nevada showdown, which drew 18 million viewers, by saying Trump and Ted Cruz would rip each other. I predicted that Trump would be on his best behavior. He doesn’t like to punch people in the nose in a debate setting, unless he’s punched first.

Dana Bash tried by saying that Trump had “said Senator Cruz is not qualified to be president because he doesn’t have the right temperament and acted like a maniac when he arrived in the Senate.” Exactly right, he had said that to Chris Wallace. But Trump, almost mockingly, said Cruz has a wonderful temperament and patted his arm.

Cruz, in turn, was asked about negative remarks he made about Trump in a private fundraiser, and stuck with the bromance strategy.

That’s their strategy. But why shouldn’t journalists point out the difference between what the candidates are saying elsewhere and what they were willing to say on that stage?

Blitzer tried it with Bush, saying he had called Trump’s Muslim proposal “unhinged.” The former governor wouldn’t repeat the word.

CNN had more luck with the two Cuban-American senators, who were itching to go at each other. “Senator Rubio,” Blitzer asked, “you’ve been critical of Senator Cruz’s strategy. You say his voting doesn’t match his rhetoric. Why?”

Rubio hit Cruz for voting to curtail NSA surveillance. Cruz hit Rubio for pushing a liberal immigration bill, and Rubio hit back by saying the Texan had offered a provision allowing a path to legalization.

When people say the networks are too invested in having the candidates fight, that is exactly the kind of fight we should want in a debate. The two men had a series of substantive exchanges about important policies, and while they wandered into the weeds of legislative language, the contrast between them was stark. Without aggressive moderators, you get recycled stump speeches.

It was a debate dominated by the war on terror, and the moderators could not get any candidate to retreat even slightly from their history of tough talk. Trump wouldn’t budge on closing part of the Internet to fight terrorists. Cruz wouldn’t budge on bombing ISIS until the sand glows in the dark.

Even mild-mannered Ben Carson, in what I thought was a loaded question from Hugh Hewitt, didn’t flinch when asked whether he was okay with military action killing thousands of innocent civilians.

Debates can get rough, and of course the networks like conflict. But wouldn’t you rather want to know what a candidate would do before he or she becomes president?