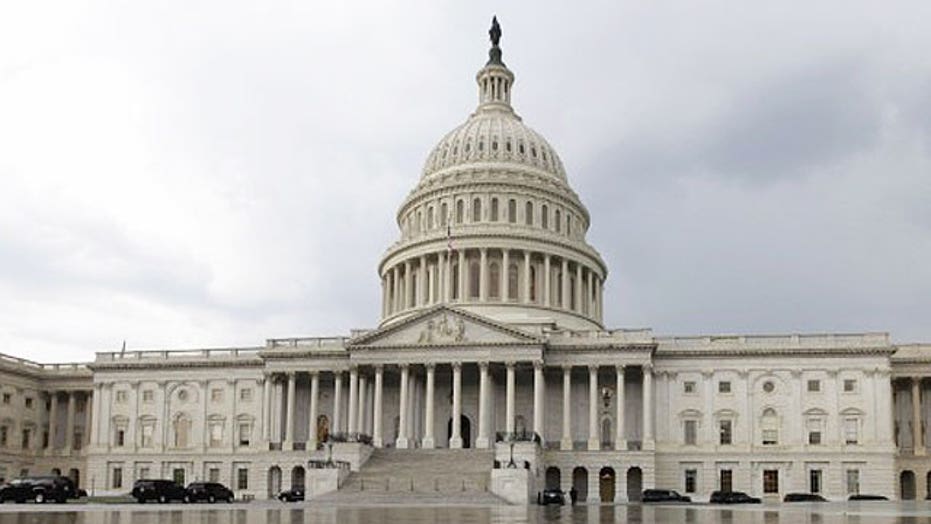 Do Democrats need a 'miracle' to hold Senate control?

A handful of tight races in states with quirky election laws make for the possibility that Election Day will come and go without deciding which party controls the Senate.

If that happens, brace for a fierce runoff election and possible recounts that could make for an ugly holiday season in politics and government.

The main reason for uncertainty: Louisiana's election laws. Strategists in both parties say a Dec. 6 runoff is likely because Democratic Sen. Mary Landrieu and top Republican challenger Bill Cassidy will struggle to exceed 50 percent on the crowded Nov. 4 ballot.

In Louisiana's "jungle primary," all candidates -- regardless of party -- run in November. If none exceeds 50 percent, the top two finishers head into a Dec. 6 runoff.

It's not implausible that control of the Senate could hang on a Louisiana runoff.

Their best hopes to pick up three more seats are in the four contests where Democrats seek re-election in states President Barack Obama lost: Alaska, Arkansas, Louisiana and North Carolina.

If Republicans win two of those races, plus the three where they are heavily favored, then all eyes and lots of campaign money would turn to Louisiana if there's a runoff.

"And I don't think there's any chance we don't go into a runoff in Louisiana," said Brian Walsh, a Republican adviser in Senate races.

Waiting for a make-or-break Louisiana outcome would deeply affect the postelection congressional session scheduled to start Nov. 12. Congress must appropriate money in November to keep the government running, and it may revisit the president's continued authority to arm Syrian rebels, among other things.

If Republicans think they will control the Senate in the new Congress set to convene Jan. 3, they may want to limit action in the Democratic-controlled lame-duck session. It's almost certain that Republicans will retain their House majority.

Georgia's Senate race could have an even messier outcome than Louisiana's. GOP nominee David Perdue is thought to have a modest lead over Democrat Michelle Nunn in the race to succeed retiring Republican Saxby Chambliss.

But there's a Libertarian on the ballot, who might win enough votes to keep Perdue and Nunn from reaching 50 percent. That would trigger a runoff Jan. 6, three days after the new Congress' scheduled start.

It requires a lot of "ifs." But a scenario in which Republicans entered the new Congress with a 50-49 Senate majority, while awaiting a Georgia outcome that could soon return them to the minority, would further roil an already bitterly partisan government.

If nothing else, "it would make for a bad Christmas for everyone," said GOP strategist Ron Bonjean.

A recount of a Georgia runoff result, should there be one, would extend confusion even deeper into 2015. A candidate may request a recount if the margin is less than 1 percent of all votes cast.

Alaska presents another possibility for an inconclusive Nov. 4 Senate election. Alaska traditionally counts only about two-thirds of its total vote on election night. State law postpones counting most absentee and questioned ballots until a week after the election.

Of all the high-stakes "what if" possibilities, campaign professionals see a Dec. 6 Louisiana runoff as the most likely. Landrieu has scrapped to win three Senate terms, but the state has trended Republican in recent years.

"If Louisiana is the deciding seat, pity anyone watching television in the state that month," said Matt Bennett, who has advised several Democratic candidates. "They will be blitzed with more ads, from campaigns and outside groups, than they could possibly imagine."

Generally, Republicans fare better in runoffs because their supporters tend to vote regardless of the date, weather or levels of publicity.

But an intensive, well-targeted get-out-the-vote operation could save Landrieu, Bennett said, "and the Democrats clearly dominate in the technology and coordination of their ground campaigns."