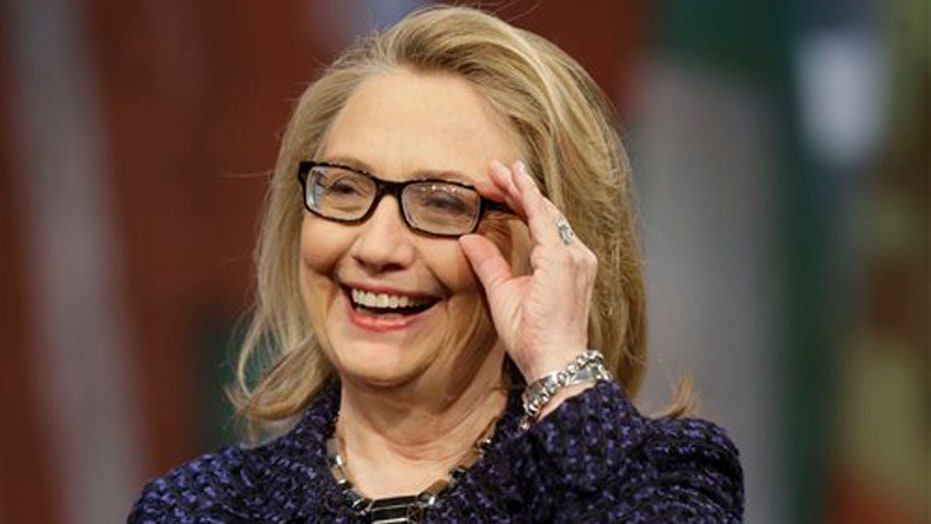 As Hillary Clinton backpedaled this week on comments that she and Bill Clinton were "dead broke" after leaving the White House, financial disclosure forms shed more light on just how shaky that claim really was.

Technically, Bill and Hillary Clinton were in debt when they left the White House. Financial forms filed for 2000 show assets between $781,000 and almost $1.8 million -- and liabilities between $2.3 million and $10.6 million, mostly for legal bills.

But as the outgoing first couple, they had tremendous earning potential. And within just one year, their financial troubles were effectively gone.

And that didn't even include Hillary Clinton's Senate salary, Bill Clinton's pension or money made on investments.

As soon as they left the White House, Hillary Clinton entered the Senate and was earning a $145,000 salary; her husband's pension was also north of $150,000.

All told, their financial snapshot in 2001 was drastically different than when they left the White House -- assets were listed at between $6 million and $30 million; liabilities were between $1.3 million and $5.6 million. And despite their financial issues, they got help from family friend and fundraiser Terry McAuliffe (now, the governor of Virginia) to secure a loan at the time for a $1.7 million home in Chappaqua, N.Y.

These finer details made Clinton's comment about being "dead broke" all the more questionable.

Republicans, noting that the Clintons weren't exactly the typical American family in debt, pounced on that remark this week.

"I think she's been out of touch with average people for a long time," said Republican National Committee chairman Reince Priebus, pointing to Clinton's estimated $200,000-per-speech speaking fees and million-dollar book advances. "Whether she was flat broke or not is not the issue. It's tone deaf to average people."

On Tuesday, the potential Democratic presidential candidate walked her comment back a notch. She said they "fully appreciate how hard life is for so many Americans." She acknowledged to ABC's "Good Morning America" that "we've continued to be blessed in the last 14 years."