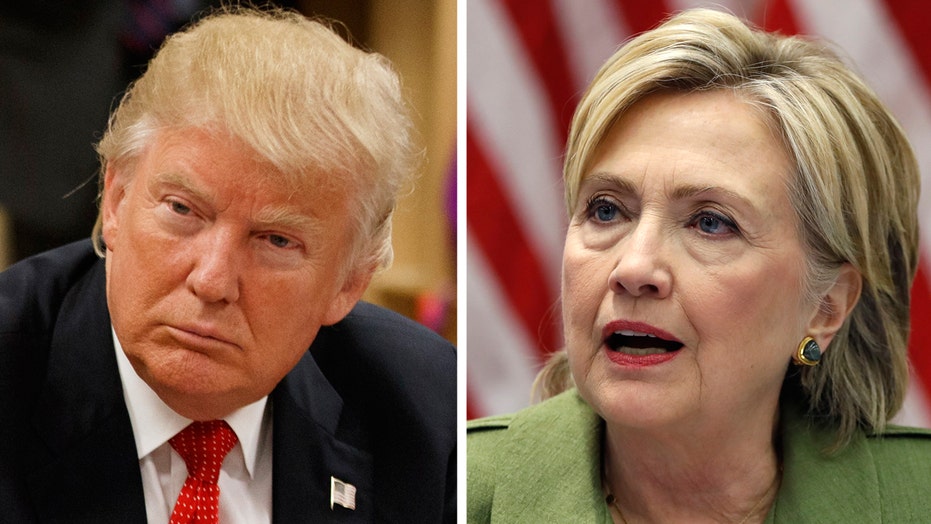 Bill Clinton will step in to fundraising and headline campaign events while wife and Democratic presidential nominee Hillary Clinton recovers from pneumonia.

Still, Hillary Clinton, the Democratic presidential nominee, will call into a fundraiser event Monday night in San Francisco, after having to abruptly leave a 9/11 memorial ceremony Sunday morning in New York City.

“Thanks to everyone who’s reached out with well wishes!,” Clinton tweeted Monday afternoon. “I’m feeling fine and getting better.”

The incident Sunday -- in which Clinton appeared unsteady and needing assistance from aides -- has resulted in her and Republican rival Donald Trump each planning to release more personal health information.

The 70-year-old Trump said Monday that candidate health is now an “issue” in the White House race.

Clinton spokesman Brian Fallon said on MSNBC that the campaign will release more information in the next couple days.

“I think they’re going to be good. I feel great,” he said. Fox News has learned Trump plans to release those details during his appearance Thursday on “The Dr. Oz Show.”

As for Clinton’s health, Trump said: “Something’s going on, but I just hope she gets well and gets back on the trail.”

Clinton, 68, on Sunday night canceled plans to visit California and is resting at her home in Chappaqua, N.Y.

Her doctor revealed she had been diagnosed Friday with pneumonia, following after the episode at the 9/11 memorial, in which Clinton was also seen stumbling on her way to her van when leaving.

Clinton’s doctor also said she had become “overheated and dehydrated” at Sunday’s ceremony, but is “recovering nicely.”

The incident fueled questions about Clinton’s health. Trump on Monday brushed aside any speculation that Clinton might be replaced as the Democratic nominee, but said of the candidate’s health: “I think it’s an issue.”

Trump, meanwhile, continued to criticize Clinton for saying -- before her health episode -- that half of his supporters fall into a “basket of deplorables.” Clinton has expressed regret for the remarks, but Trump said, “I think this is the biggest mistake of the political season.”

Even before Monday’s comments, Trump already had said both candidates should release detailed medical records.

Clinton’s campaign earlier released a July 2015 letter from Dr. Lisa Bardack describing Clinton as “a healthy 67-year-old female whose current medical conditions include hypothyroidism and seasonal pollen allergies.” The letter noted her elbow fracture in 2009 and concussion in 2012. Bardack detailed how Clinton, now 68, had to undergo “anticoagulation therapy” to dissolve a clot, and experienced “double vision for a period of time,” after the concussion.

But the campaign has not released detailed records beyond that.

Fox News’ Jennifer Griffin and John Roberts and The Associated Press contributed to this report.