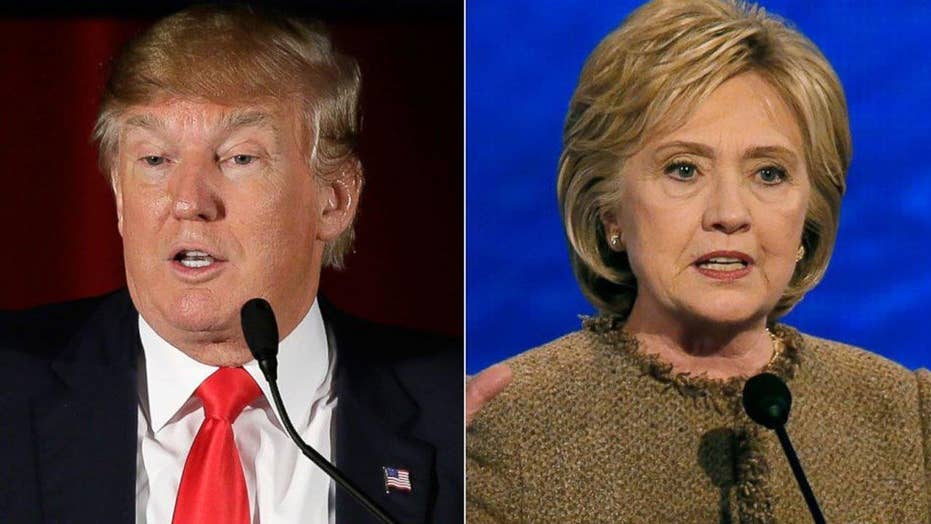 Which candidate is better equipped to be commander-in-chief?

Hillary Clinton and Donald Trump were off the presidential campaign trail Sunday, the 15th anniversary of the 9/11 attacks, but they attended the same memorial service at the World Trade Center complex in New York.

Trump issued an official statement on the Sept. 11, 2001, attacks in which terrorist hijackers killed nearly 3,000 people on U.S. soil.

Clinton did not issue a statement but appeared Sunday on CNN in a pre-taped interview -- on a day in which her sudden departure from the memorial ceremony in lower Manhattan, because she was apparently “overheated,” emerged as the biggest political news of the day.

“We mourn for all the lives lost,” said Trump, the Republican nominee and New York real estate mogul. “We will never forget. …  It is also a day of resolve. Our solemn duty on behalf of all those who perished … is to work together as one nation to keep all of our people safe from an enemy that seeks nothing less than to destroy our way of life.”

Clinton, the Democratic nominee, was a New York senator at the time of the attacks, in which the Al Qaeda hijackers took over four U.S. passenger jets, piloting two into the World Trade Center towers and another into the Pentagon. (The fourth crashed in a field in Shanksville, Pa.)

Clinton, who was on Capitol Hill at the time, described the attacks as a “sickening experience.”

“It was as close to the depiction of hell that I’ve ever personally seen,” she also told CNN’s “State of the Union.”

The Clinton-Trump race has tightened in recent weeks, with the RealClearPolitics.com polls average showing Clinton now ahead by just 3 percentage points.

The Post poll also shows Clinton ahead by 8 percentage points, 51-43, among “likely” voters.

The next scheduled event for the 68-year-old Clinton, whose health has recently become a campaign issue, is Wednesday in Las Vegas, according to the campaign website.

The 70-year-old Trump is scheduled on Monday to be in Baltimore, then Asheville, N.C.