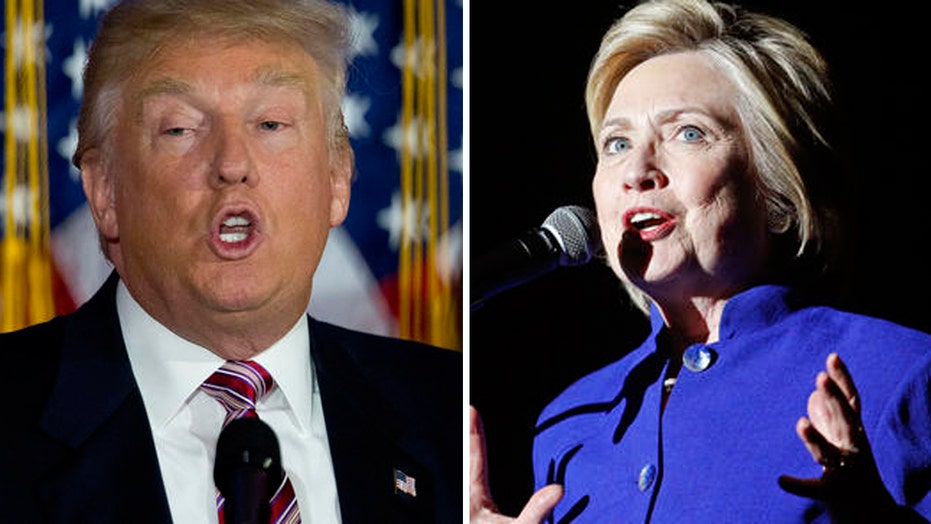 How will the matchup between Trump and Clinton play out?

Shortly after the endorsement of the Democratic frontrunner by President Obama, Trump responded to the news on Twitter, saying: “Obama just endorsed Crooked Hillary. He wants four more years of Obama -- but nobody else does!”

Clinton’s snappy response became the most retweeted tweet she has ever sent, and picked up more than 200,000 retweets.

Clinton's tweet set the internet alight both with supporters, and those noting the ironic use of the word “delete,” considering the scandal surrounding the deleting of her State Department emails.

Disgraced former New York Rep. Anthony Weiner, who got into hot water after tweeting risque images of himself to a follower in 2011, got in on the joke.

Too late for some of us. https://t.co/NgyzWsP9tN

However, the last word was left to Donald Trump, who couldn’t resist a cheeky mention of Clinton’s email scandal.

How long did it take your staff of 823 people to think that up--and where are your 33,000 emails that you deleted? https://t.co/gECLNtQizQ

“How long did it take your staff of 823 people to think that up--and where are your 33,000 emails that you deleted?” the presumptive Republican nominee said.