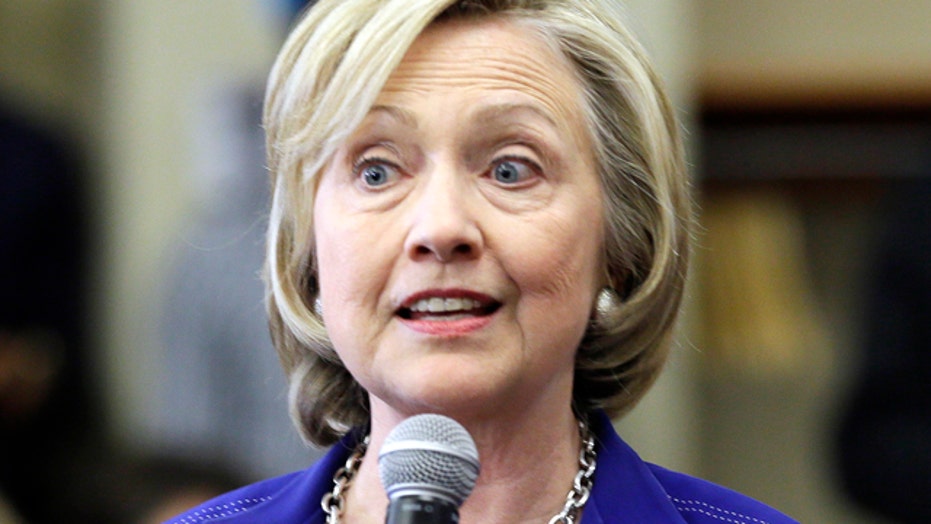 Justin Duckham on whether Hillary's team went too far

Democratic presidential frontrunner Hillary Clinton is set to give a major economic speech Monday, after weeks of staying coy about her plans to improve the U.S. economy including whether she’ll raise taxes.

The focus of her economic agenda will be to increase middle class income and wages. And she will argue that stagnant paychecks is the biggest challenge facing the U.S. economy.

Clinton's campaign on Saturday provided a preview of her speech, which will also include the argument that the real income of everyday Americans must rise steadily alongside corporate profits and executive compensation.

Clinton declined in a CNN interview earlier this week to say whether she would raise taxes on big corporations or the country’s highest wage-earners, as primary challenger Sen. Bernie Sanders has proposed.

“I think we have to grow the economy faster and fairer,” she said. “So we have to do what will actually work in the short term, the medium term and the long term. … then, I’ll look forward to the debate.”

While top-tier Republican candidate and former Florida Gov. Jeb Bush has called for an annual growth rate of 4 percent, Clinton will assert that the nation's economy should not be judged by a specific growth figure but rather by how much income increases for middle-class households.

"For a typical working American, their income has not been rising anywhere near as fast as it should be rising, and that is the challenge we face," said David Kamin, a New York University law professor who has advised Clinton's campaign. "It's not a new problem, and it's going to take a holistic vision."

The Clinton campaign said the former first lady and New York senator in her speech at The New School, a university in New York City, will point to economic progress during her husband's two terms in the 1990s and more recently under President Obama.

But she will aim to identify ways of improving upon the uneven nature of the nation's recovery since the Great Recession, bolstering wages even as the unemployment rate has fallen to a seven-year low of 5.3 percent.

In Clinton's approach to the economy, more Americans would share in the prosperity and avoid the boom-and-bust cycles of Wall Street that have led to economic turbulence of the past decade.

Clinton, who is seeking to become the nation's first female president, is also expected to address ways of making it easier for women to join the workforce.

Clinton will attempt to meet the demands of liberals within her own party who are wary of her willingness to regulate Wall Street while inspiring confidence among a larger electorate who will judge her policies if she wins the Democratic nomination.

Progressives encouraged Elizabeth Warren to seek the presidency, but the Massachusetts senator, who has railed against Wall Street and corporate excesses, declined to run. Many of those same liberals are now packing large gatherings held by Sanders, who has made economic inequality the chief plank of his campaign.

Alan Blinder, a Princeton University economist and former economic adviser to Clinton’s husband, President Bill Clinton, said she has expressed interest in policies to curb excessive risk on Wall Street, such as a financial transactions tax on high-frequency trading, taxes on large Wall Street banks based on their risk profile and eliminating the so-called carried interest loophole that allows managers of hedge funds and private equity firms to pay a lower tax rate than most individuals.

Clinton has said she will take nothing for granted in the primary contest, but the economic message will allow her to begin contrasting herself with Republicans.

In recent speeches, she has portrayed the Republican presidential field, including Bush as supportive of "top-down" economic policies and large tax breaks for the wealthy.

"They're back to the trickle down, cut taxes on the wealthy and everything will be fine," Clinton said last week in Iowa. "This will be the biggest economic debate, because they know the only way they can win the White House back is to somehow convince voters that what we have done didn't work."