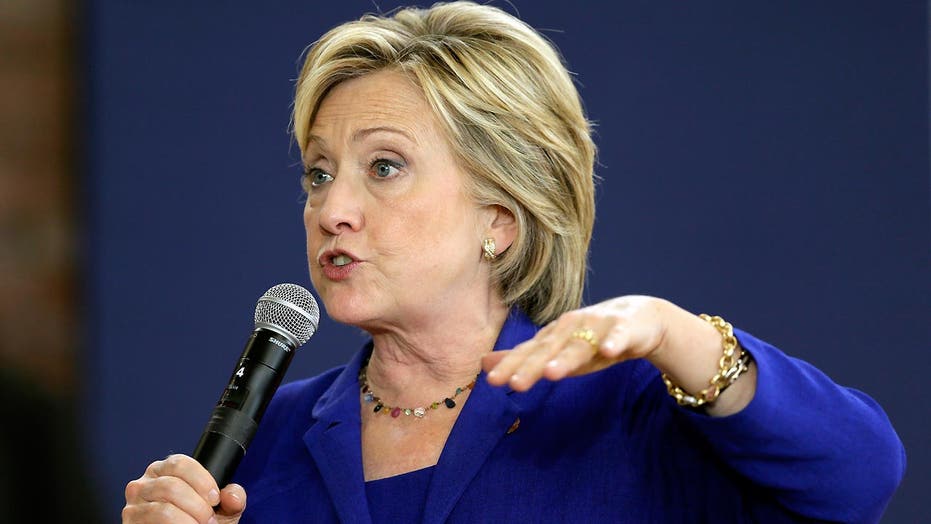 Despite Hillary Clinton's coming out against the Keystone XL pipeline, the Democratic presidential candidate appeared at a fundraiser Friday with major Democratic donors who are heavily invested in the oil and gas industry.

The event for Hillary was held at the $8.2 million home of hedge fund manager Cliff Robbins in Greenwich, Connecticut. Robbins is the founder and CEO of the Blue Harbour Group, a company that has invested a significant amount of money in the oil and gas sectors. Robbins and his wife Debbie have contributed nearly $200,000 to Democratic candidates over the past decade.

Between April 2013 and September 2013, Robbins' Blue Harbour Group bought six million shares in an oil-field services company called Nabors Industries. The purchase resulted in a 2 percent stake in the company and a gain of about $80 million for the group.

After BHG purchased the shares, the group was said to play a significant behind-the-scenes role in a shift at Nabors Industries that resulted in a "transformation from a broad ranging oil-service company to a pure-play driller, which owns and leases out the world's largest fleet of rigs." The CEO of Nabors said that "Cliff personally participated in the strategic evaluation" of their options and plans.

The evaluation and change of direction involved Nabors agreeing to merge its fracking unit with C&J Energy Services, a move that resulted in a $940 million profit for Nabors and a 53 percent share in the newly combined company. Nabors reported revenues and earnings from unconsolidated affiliates totaling $1.78 billion in the fourth quarter of 2013 alone.