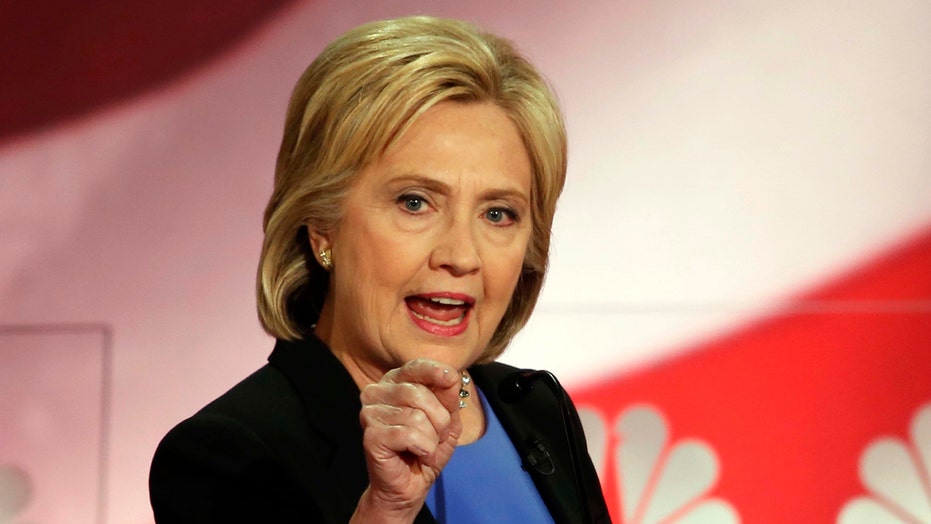 If you like Barack Obama, you’ll love Hillary Clinton.

That seems to be the Democratic front-runner’s pitch as she charges into the final stretch to the Iowa caucuses, embracing the administration’s agenda and casting rival Bernie Sanders as a threat to that legacy – a strategy on full display at Sunday’s primary debate.

On stage in Charleston, S.C., Clinton accused the Vermont senator of wanting to “tear” up ObamaCare, which she called “one of the greatest accomplishments of President Obama, of the Democratic Party and of our country.” She accused him of trying to run a primary challenger against Obama in 2011. And she publicly defended the president on controversial calls, including the decision to back off the “red line” with Syria’s Bashar Assad.

Sanders, for his part, pushed back on Clinton’s allegations – saying he’s not trying to scrap the health care law and reminding voters he ended up supporting Obama in 2012 despite their differences.

But the exchanges helped underscore an emerging dynamic in the race. Clinton is deliberately running toward Obama – not away from him – as she nears the early-voting contests, surely hoping to capture the voters who helped propel him to victory in 2008, particularly in South Carolina and other states she may need as a firewall.

“She’s appealing to her base and for better or worse, she’s with Obama as much as she can be in this election,” Adam Goodman, Republican strategist and principal of The Victory Group, told FoxNews.com.

At the same time, the strategy is potentially risky; should Clinton win the nomination, Republicans are eager to use her ties with Obama administration against her in a general election.

“If there’s anybody that has any doubt any longer that Hillary Clinton would be a third term of Barack Obama, they should have watched that debate last night,” GOP presidential candidate and New Jersey Gov. Chris Christie told Fox News on Monday.

Republican National Committee Chairman Reince Priebus said after the debate that the Democrats had “doubled down on the extreme and failed policies of the current administration, despite the fact Americans are desperately looking for a new direction that will only come with Republican leadership.”

On policies foreign and domestic, Clinton embraced the administration’s work while touting her own involvement. On the heels of the implementation of the Iran nuclear deal, Clinton said she was “very pleased” to be a part of it. She praised Obama’s 2013 decision to back off his “red line” with Assad over chemical weapons use, and instead engage the Russians in an agreement to ship out Assad’s chemical weapons stockpile.

“Getting those chemical weapons out was a big, big deal,” Clinton said.

Clinton also slammed Sanders for his universal health plan to offer “Medicare for all,” the details of which were released just hours before the debate. Clinton said she wants to improve on ObamaCare, and accused Sanders of moving to unravel the Obama administration’s signature domestic policy.

“To tear it up and start over again … I think is the wrong direction.”

Sanders fired back, calling some of Clinton’s criticism “nonsense.”

He said he wants to move to “Medicare for all” in order to provide health care “as a right” and extend insurance to the millions who still don’t have it. His plan calls for an array of tax hikes to pay for it.

As for the existing law, he said, “We’re not going to tear up the Affordable Care Act -- I helped write it.”

Meanwhile, one of the more animated moments Sunday night came when Clinton pointedly accused Sanders of trying to run a primary challenger against Obama before the 2012 election.

“Senator Sanders called him weak, disappointing. He even, in 2011, publicly sought someone to run in a primary against President Obama,” she said.

A video of Sanders giving her the “side eye” over this remark became an Internet sensation overnight. Sanders countered that he did support Obama in 2012 despite “some differences of opinion.”

Clinton may have been overstating Sanders’ 2011 remarks. According to FactCheck.org, the senator did criticize Obama in a 2011 radio interview and openly discussed the possibility of Obama getting a primary challenger – but did not appear to be actively recruiting such a candidate at the time.