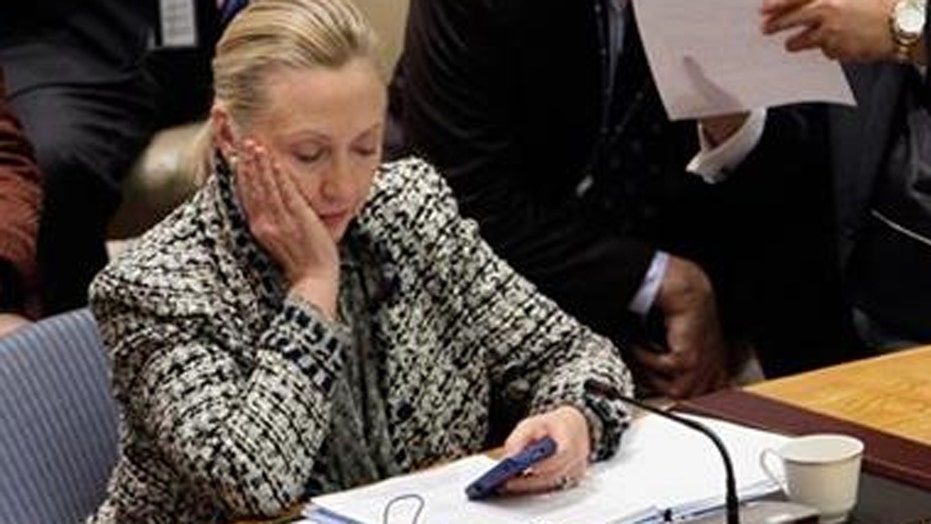 Will anything come of the Clinton email scandal?

'The O'Reilly Factor' examines the potential impact on election 2016

Archived comments unearthed by citizen-detectives on Reddit indicate that Paul Combetta -- the tech specialist who deleted Hillary Clinton’s emails from her server -- may have sought advice on the website for how to hide a certain “VIP’s” email address.

One archived comment from July 24, 2014 – during the same month that the State Department first asked Clinton aide Cheryl Mills to turn over the former secretary of state’s work-related emails from her personal server – shows Reddit user “stonetear” asking others on the site:

“Hello all- I may be facing a very interesting situation where I need to strip out a VIP's (VERY VIP) email address from a bunch of archived email… Does anyone have experience with something like this, and/or suggestions on how this might be accomplished?”

Multiple Reddit users at the time responded that it was not possible, saying Microsoft does not include an option to change addresses on existing emails because altering them could be used by people to evade court-ordered discovery procedures.

One wrote: “[If Microsoft Exchange] allowed this, it could result in major legal issues. There may be ways to hack a solution, but I am not aware of any.”

User “stonetear” responded: “The issue is that these emails involve the private email address of someone you'd recognize, and we're trying to replace it with a placeholder address as to not expose it.”

Reddit user “stonetear” appears to be a username used by Paul Combetta, the tech specialist with Platte River Networks who ultimately deleted Clinton’s emails and reportedly has received immunity from the Justice Department. Reddit users typically do not link real names to their accounts, but the website Etsy shows the profile “stonetear,” created in 2011, is registered to the name Paul Combetta. The email address stonetear@gmail.com is also linked to Combetta’s name, and the domain name combetta.com is registered under that email.

The connections have caught the attention of Capitol Hill. Rep. Mark Meadows, R-N.C., told The Hill that the House oversight committee is now reviewing the Reddit posts.

The “stonetear” Reddit user frequently asked for and gave tech advice regarding servers over the years.

On Monday, as users on Reddit uncovered the old comments asking for tech advice, user “stonetear” began deleting every one of his comments and posts – but not before other Reddit users managed to archive them using the website “archive.is,” which allows anyone to archive a webpage (the archived page is then hosted on archive.is indefinitely, even if someone later deletes or alters the original.)

On Monday morning, one Reddit poster wrote “He's actually deleting his comments in real tim[e] right here.” Another made a video of the comments being deleted on the screen as he refreshed the page.

User “stonetear” made several comments in 2014 that line up with the Clinton scandal timeline.

According to the FBI report on Clinton’s email issues, Clinton aide Mills told the FBI that Hillary Clinton decided in December 2014 that she did not need emails older than 60 days, and Mills asked someone to implement that. The name of the person she asked was redacted by the FBI but later determined by The New York Times to be Paul Combetta.

“Stonetear” posted on Reddit that same month – on Dec. 10, 2014 – asking about how to set up a server which would automatically delete all emails after 60 days:

“I have a client who wants to push out a 60 day email retention policy for certain users. However, they also want these users to have a 'Save Folder' in their Exchange folder… All email in any other folder in the mailbox should purge anything older than 60 days… How would I go about this?”

The FBI report notes that in late March, the person the Times identified as Combetta realized he had in fact failed to implement the 60-day deletion policy as requested: “In a follow-up FBI interview… he believed he had an ‘oh shit’ moment and sometime between March 25-31, 2015 deleted the Clinton archive mailbox.”

The FBI report goes on to note he also used “Bleachbit” to make sure some backups were permanently deleted, and that several different backups were deleted at that time.

Combetta was reportedly granted immunity in exchange for answering their questions. However, when asked questions by Congress, Combetta invoked his Fifth Amendment rights and declined to answer their questions.

Other postings from “stonetear,” meanwhile, indicate he isn’t a fan of conservatives. On a post titled “Ohio Republican Senator Rob Portman comes out in favor of gay marriage after son comes out as gay,” “stonetear” left this comment:

“Typical of conservatives in general... it's bad or evil or undesirable until it happens in their own family/life/neighborhood.”

Another post shows him asking for programming code that would automatically delete thousands of emails from a server. That post was from Aug. 26, 2013 – almost two years before Combetta actually deleted Clinton’s emails but just three months after the Clintons had hired the company Combetta worked for to run their server.

In another comment on Oct. 14, 2014, Combetta responded to another user who had asked about a server problem they were having by suggesting their error may be due to someone on their server trying to hide something:

“This is probably diving into paranoia,” he said, before going into his theory about their problem. “Just thinking outside the box. Plus I like devious shit like this :)” he wrote.

The author, Maxim Lott, is Supervising Producer for the Stossel show on Fox Business and a creator of ElectionBettingOdds.com. He can be reached on twitter at @maximlott