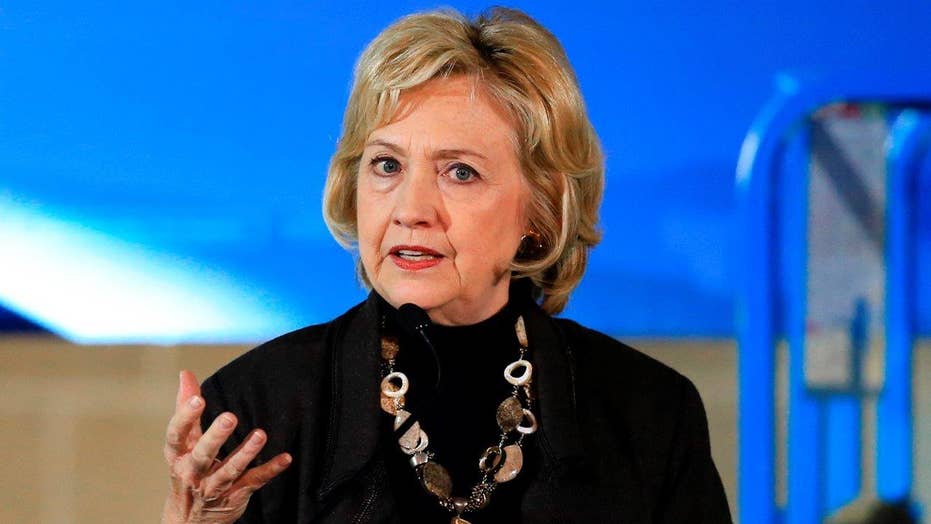 The campaign for Democratic presidential candidate Hillary Clinton announced Friday it raised $37 million over the past three months to support her bid for the Democratic nomination.

The campaign said that puts her total raised in 2015 to spend on the presidential primary campaign at $112 million.

The campaign released its fundraising totals for the fourth-quarter on Friday. Clinton's team also says it raised $18 million for the Democratic National Committee and state Democratic parties nationwide.

Heading into the January sprint toward the leadoff Iowa caucuses on Feb. 1, Clinton's campaign says it has nearly $38 million in cash on hand.

The Clinton campaign says more than 60 percent of its donors in 2015 were women.

"Thanks to the hundreds of thousands of Americans who have joined together and powered this historic campaign, we are now heading into Iowa and New Hampshire with the resources we need to be successful," campaign manager Robby Mook said in a statement.

Clinton's rival, Bernie Sanders, did not immediately report his fundraising totals for the quarter that ended on Dec. 31. But the Vermont senator has collected more than 2 million individual contributions and raised money online at a vigorous pace, taking in about $40 million through the end of September and ending that period with about $27 million in the bank.

His campaign has noted that most of its donors have given in small increments — about $20 to $30 apiece — allowing Sanders to return to them repeatedly.

While Clinton has built a steady lead in national polls, Sanders remains competitive against her in Iowa and holds a slight advantage in New Hampshire, his New England neighbor which holds its primary on Feb. 9.

The third major Democrat in the race, former Maryland Gov. Martin O'Malley, has lagged behind Clinton and Sanders in fundraising and polls.

Helped by several fundraisers headlined by former President Bill Clinton, most of Hillary Clinton's money came via traditional fundraising events, where the price of entry was often the legal maximum donation of $2,700 for the primary.

The presidential candidates have until Jan. 31 to report such details to federal regulators.

Clinton isn't alone in releasing some selective details ahead of that schedule. Earlier this week, Republican Texas Sen. Ted Cruz's campaign said it had raised nearly $20 million in the fourth quarter.

Cruz's campaign said in a memo to supporters that he will finish the year having raised more than $45 million, but it did not disclose how much the campaign has spent or how much cash it has on hand.