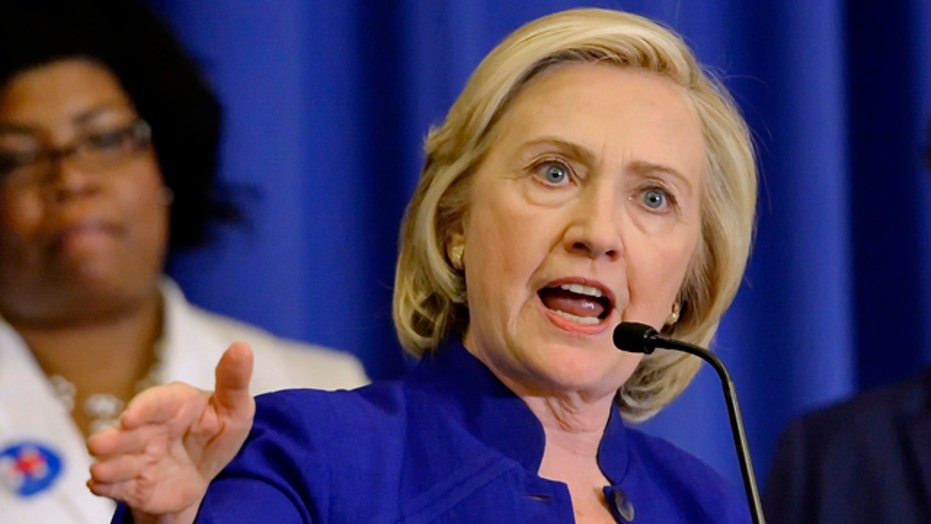 Clinton camp asks donors to give staffers a place to crash

WASHINGTON – Hillary Clinton wants your cash -- but her staffers just want a place to crash.

Apparently facing a space crunch at their new 2016 headquarters in New York City, the Clinton campaign has started asking supporters to pony up their Big Apple pads for the cause. An email sent Wednesday asks them to sign up to "host" Clinton campaign workers arriving to the city.

“Do you have a spare room – or just a spare couch! – where a new staffer could stay?” Marlon Marshall, director of State Campaigns and Political Engagement at Hillary for America, asks in the email.

Marshall, who did not respond to requests by FoxNews.com for comment, said in his email pitch:  “You and I both know that finding a place to live in New York can take longer than an afternoon of apartment hunting.” But he wrote that the campaign needs its new hires to start "right away" at the Brooklyn HQ.

He then promised that the to-be bunkmates will most likely “be working long days, so they really just need a place to sleep, and they’ll be so grateful to be staying with someone who shares their beliefs and their goals.”

Of course, Marshall is right -- scoring an apartment in crowded New York isn’t easy or cheap. According to the April 2015 Elliman Real Estate report, Manhattan rents have gone up for 14 consecutive months, with the largest increases seen in entry-level apartments. Brooklyn rents rose to a new record in April as well apartments of all sizes in northwest Queens.

Whether droves of Clinton supporters are willing to go the extra mile and open their doors to her campaign staff, though, is an open question.

The host-a-staffer drive isn’t the first of its kind.

In September 2012, President Obama’s campaign supporters were hit with a similar request.

The pitch began by asking volunteers to open up their private residences to some “dedicated organizers” working on Obama’s re-election campaign.

The email asked: “A group of the most dedicated organizers and volunteers will be coming to Northern Virginia for the remaining weeks of the campaign. They heard we’re looking to run a fierce ground game for President Obama this fall – and they want to be a part of it. But here’s the thing: They need somewhere to stay. And I’m hoping you can lend them a hand with that.”

So what’s an apartment or house owner get in return? Tales from the frontlines of a reelection campaign.

Obama's pitch said: “I bet they’ll come back at night with some amazing stories about all the people they’ve reached and the energy they’re sparking – stories that you might not get to hear.”