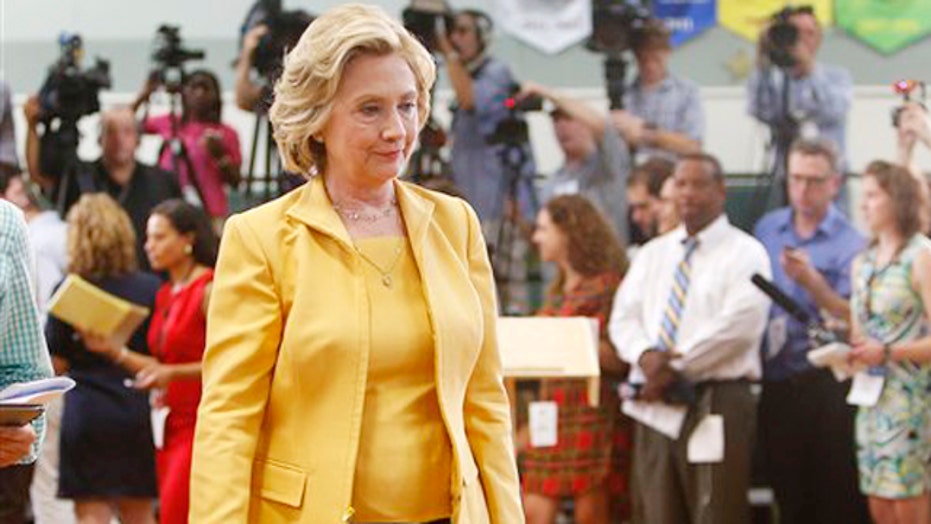 WASHINGTON – Hillary Clinton's presidential campaign on Friday released a statement from her doctor declaring she is in “excellent physical condition and fit to serve as president of the United States,” along with eight years of tax returns showing the Clintons paid tens of millions of dollars in federal taxes.

The release comes on the same day the State Department released thousands of emails relating to her tenure as secretary of state.

In the tax returns, released late Friday afternoon, the documents show the Clintons have paid $43 million in federal taxes since 2007. They also donated $15 million to charity, and paid an additional $13.6 million in state taxes.

The Clintons' effective federal tax rate for 2014 was 35.7 percent, while the effective tax rate for federal, state and local taxes was 45.8 percent.

Meanwhile, the statement on her health, from Dr. Lisa Bardack, an internist and chairman of the Department of Medicine at the Mount Kisco Medical Group in Mount Kisco, New York, said the former secretary of state has seasonal pollen allergies and listed "deep vein thrombosis," an elbow fracture and her 2012 concussion in her recent medical history. Following the concussion, a subsequent blood clot developed in her brain.

As a result, Clinton experienced double vision and wore glasses with a Fresnel prism for two months. During Clinton’s follow-up evaluations, she was found to have a “transverse sinus venous thrombosis” and started “anticoagulation therapy” to dissolve the clot.

In 2013, she tested “negative” for all clotting disorders, though continues a daily anticoagulation as a precaution, Bardack said.

Clinton’s current medications also include Armour Thyroid, which is used to treat underactive thyroids, antihistamines and Vitamin B12.

“(Clinton’s) cancer screening evaluations are all negative,” Bardack added.. “She is in excellent physical condition and fit to serve as president of the United States.”

Clinton’s camp is touting the fact she is the first 2016 candidate to release any kind of health information, though she only officially released a one-and-a-half-page letter from her doctor.

Both these releases come as the State Department releases thousands of pages of emails from her time running the department. It was the third major release of Clinton’s email records.

The State Department has made available several hundred pages of documents in prior releases related to the 2012 terrorist attacks in Benghazi, Libya, and other issues.