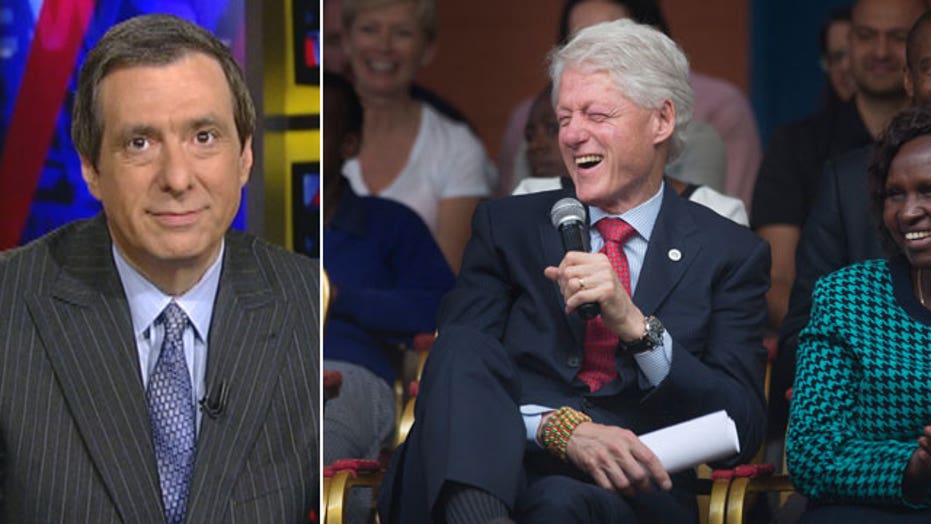 It was a virtuoso performance by Bill Clinton: the slickness, the charm, the defensiveness, the evasions, the aw-shucks style, combativeness with a smile.

It was also a clever bit of choreography: Rather than defend the Clinton Foundation in a climate-controlled Manhattan studio, he did it with NBC’s Cynthia McFadden in Nairobi, where his organization’s efforts to help poor black children would form a compelling backdrop.

Hillary Clinton may be running for president, but she hasn’t said a word about the mounting allegations and disclosures about her family foundation. She left that to her husband.

In the “Today” show segment, the former president attempted to discredit his critics without naming names—that is, without identifying the reporting by author Peter Schweizer and the New York Times, Washington Post, Reuters and Fox News.

“There has been a very deliberate attempt to take the foundation down,” Clinton said. “There’s almost no new fact that wasn’t known the first time she ran for president.”

That last sentence is demonstrably untrue. We are awash in new facts about the foundation: Undisclosed donors, including situations that violated its agreement with the Obama administration. Revisiting five years’ worth of tax returns. Tangled deals involving Haiti and India and Russian uranium interests. Huge speaking fees for Bill that overlapped with the foundation business he was drumming up. Questions about Hillary’s role as secretary of State with some of these donors seeking to influence U.S. policy.

One can argue that there is nothing untoward in any of this, but it can’t be dismissed as old news.

He told McFadden he had done nothing “knowingly inappropriate” in taking foreign donations, a phrase that is utterly Clintonian.

It must be said that the white-haired, ruddy-faced Clinton, shot in natural light, looked thin, almost gaunt, more a heart surgery survivor than a global force. But that was balanced by the images of African children being helped by one of his programs.

“There’s never been anything like the Clinton Global Initiative,” he boasted, in raising more than $100 billion.

Clinton said he’s turned down opportunities if he thinks there’s “something wrong” with the invitation, and discloses his fees.

Will he continue giving speeches, McFadden asked, with his wife running for president?

“Oh yeah. I got to pay our bills,” Clinton said.

This is a bit of Arkansas malarkey. The man has made more than $100 million in speaking fees since leaving the White House. He and his wife are now enormously wealthy. He doesn’t need to work another day in his life. The “pay our bills” line suggests that he might struggle to put food on the table, or at least give up one of his two houses.

McFadden also asked about the foundation’s decision to accept foreign cash only from six western countries: Was that an acknowledgement that it was a “mistake” not to do that sooner?

“Absolutely not,” said Clinton. “It's an acknowledgement that we're going to come as close as we can during her presidential campaign to following the rules we followed when she became secretary of state.”

Even when the NBC reporter tried to get him to admit a perception problem, Clinton flatly said no. And he quoted his wife as saying no one had ever tried to influence her by giving money to him—something she can’t quite know to be true.

Will the interview relieve some of the pressure on the Clintons to respond to the swirl of allegations? Not in my view. First, Bill didn’t admit to a single misstep. Second, he avoided getting “down in the weeds,” as he put it, by responding to any specifics about the uranium deal or any other questionable arrangement, and time constraints didn’t allow McFadden to get there.

Finally, and most important, it’s Hillary Clinton who is running for president. And even though he started the foundation, she, at some point, has to speak for herself on this issue.