Sen. Claire McCaskill discusses the role that senators will play after the election.

On the eve of Tuesday's pivotal midterm elections, vulnerable incumbent Missouri Democratic Sen. Claire McCaskill admitted at a news conference that she doesn't "really care" whether Democrats defy polls and retake control of the Senate.

"Honestly, I don’t really care what happens nationwide," McCaskill said. "Um, that’s not how I look at elections. I care about what happens in this state. I care about whether or not the people of this state have a representative that is willing to work in the middle. Whether the Republicans control or the Democrats control, it takes 60 votes. So it doesn’t change that much."

Trump carried Missouri by double-digits in the 2016 presidential election, and McCaskill's opponent, Attorney General Josh Hawley, holds a narrow lead going into Election Day, according to the RealClearPolitics (RCP) polling average. Fox News currently assesses the race as a toss-up.

McCaskill's head-turning comments came just a week after the senator, speaking exclusively to Fox News last Monday, dropped the names of two high-profile colleagues, Elizabeth Warren and Bernie Sanders, when asked to identify the "crazy Democrats" from whom her campaign has distanced itself in recent days. McCaskill said she wouldn't call the two "crazy," but noted they had disagreements with each other. 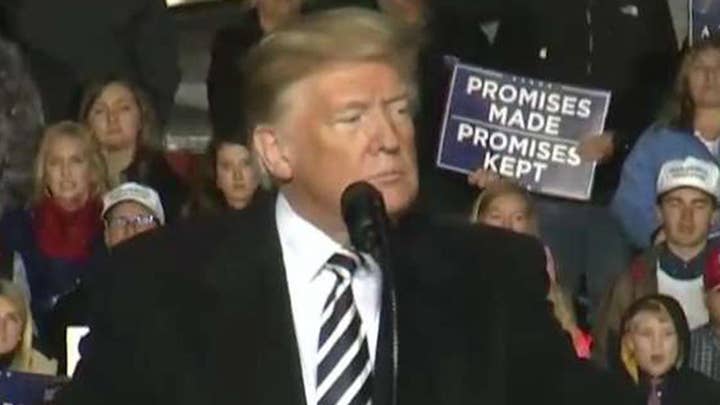 In response, Chappelle-Nadal was apoplectic. “Claire McCaskill is desperate,” the state senator tweeted. "She’s a piece of s---. Instead of knowing why people of color are angered by this administration, she chooses to put us and our families in harm’s way. If my family is harmed, blame it on Claire McCaskill. She deserves to lose. She is not a Democrat.”

When Baier asked if McCaskill had any "crazy" colleagues in the Senate, McCaskill referenced Massachusetts Sen. Elizabeth Warren, considered a potential 2020 presidential contender.

Well, I would say this," McCaskill replied. "I would not call my colleagues crazy, but Elizabeth Warren sure went after me when I advocated tooling back some of the regulations for small banks and credit unions."