EXCLUSIVE: Citizens United is calling on the Federal Election Commission to end what it calls a campaign finance "loophole" after Mike Bloomberg transferred more than $18 million from his now-suspended, self-funded presidential campaign to the Democratic National Committee.

Citizens United, a conservative nonprofit famous for its role in actually loosening campaign finance restrictions, filed a petition with the FEC this week. The filing, exclusively obtained by Fox News, pushes to limit the amount that a federal candidate may transfer to a committee of a national political party in order to prevent a self-funded candidate, like Bloomberg, from transferring what are essentially personal funds in amounts that otherwise exceed annual limits.

The petition states that “since 1980, the Federal Elections Campaign Act has allowed candidates for federal office to transfer surplus funds to their official campaign accounts to national, State or local party committees without limitation.”

But the filing notes that, historically, such transfers were largely composed of contributions made within normal limits from a combination of individuals, political action committees and parties.

“Last month, however, a major loophole came to light,” the petition reads.

That's a reference to Bloomberg’s transfer of $18 million of “surplus” campaign funds to the DNC. The billionaire and former New York City mayor announced the transfer shortly after suspending his presidential campaign.

“Those funds, however, were not made up of contributions from sources subject to FECA’s contribution limits, but were instead derived from the candidate’s personal funds, which are not subject to any contribution limits,” Citizens United says in the petition. “While Bloomberg’s transfer may fall within the letter of the regulation governing transfers of candidate funds to national political party committees, it certainly does not fall within the spirit of the law.”

Citizens United adds that “the Bloomberg transfer appears to be the first time that a candidate has transferred funds derived entirely from his or her personal funds in an amount that far exceeds the amounts that the candidate could directly contribute to a national party committee.”

Under current FEC rules, Bloomberg’s maximum contribution to any committee of a party during the 2019-2020 calendar year would have been $35,000. 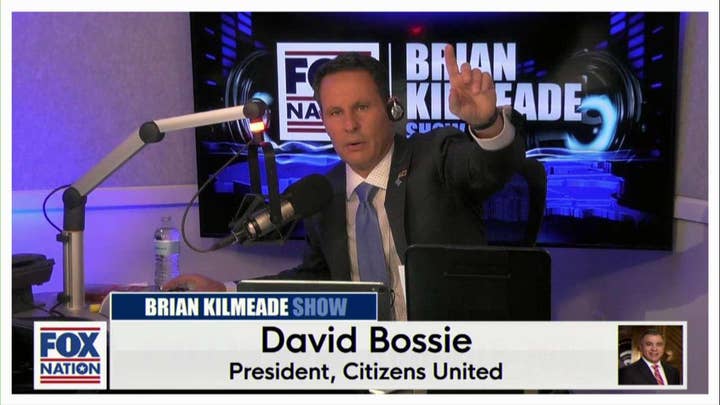 “It’s our view that questionable transfers like this one could become a dangerous trend unless immediate action is taken by the FEC,” Bossie wrote to Nadler and Graham. “Nothing in the current regulatory regime exists to prevent other wealthy individuals from becoming candidates for federal office for the purpose of following the same path as Mayor Bloomberg.”

Bossie went on to question a perceived double standard.

“The silence from anti-First Amendment Democrats and the left is deafening,” he wrote. “If this transfer were made to the Republican National Committee by an individual such as Charles Koch or Sheldon Adelson, the outrage from the left would have created a mainstream media fire storm that Republican billionaires are buying our Republic.”

But a source on Capitol Hill familiar with Bossie’s letter pushed back.

“Bossie is a thought leader on campaign finance issues,” the source told Fox News. “However, it’s a little rich that the guy whose organization’s namesake is synonymous with money in politics is now complaining about money in politics.”

The source added: “The right answer is that we should be moving in a direction that is more inclusive in terms of allowing individuals to spend their money on politics how they see fit. Period.”

Citizens United is best known for its lawsuit against the FEC that became a landmark case before the Supreme Court. The organization won the case, with the court striking down a law restricting corporations from spending money in connection with federal elections.

An FEC spokesperson told Fox News they were unable to comment on the rulemaking petition as it would come before the full agency, but noted that the FEC is currently operating without a working quorum -- meaning the entity is unable to move forward with rulemaking at this time.

Neither a spokesman for the DNC nor one for the Bloomberg campaign responded to Fox News’ request for comment.