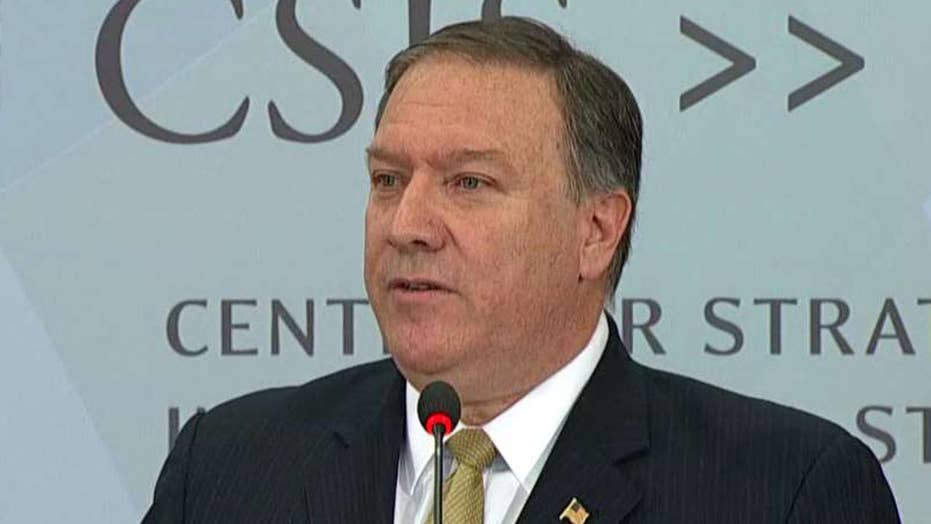 CIA Director Mike Pompeo, in his first speech since taking over the agency, lambasted WikiLeaks and its founder Julian Assange -- calling the group a "non-state hostile intelligence service" that is often abetted by "state actors like Russia."

Speaking Thursday at the Center for Strategic and International Studies, Pompeo called Assange a "fraud," someone with no “moral compass” and a “narcissist who has created nothing of value.”

He asserted that Assange and former National Security Agency staffer and famed leaker Edward Snowden “seek to use that information to make a name for themselves” and they “care nothing about the lives they put at risk or the damage they cause to national security.”

Asked why he would focus on WikiLeaks rather than other issues, Pompeo said he felt it was vital to inform the American people about the threat they pose.

In the case of Snowden, Pompeo said the detrimental impact of his leaks was expansive and that more than 1,000 foreign targets attempted to change their means of communication as a result of the Snowden disclosures.

“The bottom line is that it became harder for us in the intelligence community to keep Americans safe. It became harder to monitor the communications of terrorist organizations that are bent on bringing bloodshed to our shores.  Snowden’s disclosures helped these groups find ways to hide themselves in the crowded digital forest,” he said.

Last week, WikiLeaks released the latest chapter in its ongoing "Vault 7" series of cyber and hacking tools that it claims were stolen from the CIA.

According to its release, the new leaked information contains 27 documents from the CIA's Grasshopper Framework, which is allegedly the software tools used by the CIA to infiltrate Microsoft’s Windows platform.

The former Kansas congressman began his speech by telling the story of Philip Agee, a founding member of the magazine Counterspy, which advocated for the exposure of intelligence agents.

In September 1974, Agee’s magazine publicly identified Richard Welch as the CIA chief of station in Athens, Greece and published his address. One year later, Agee was assassinated.

“Today, there are still plenty of Philip Agees in the world, and the harm they inflict on U.S. institutions and personnel is just as serious today as it was back then,” said the director.

In an op-ed published in The Washington Post on Wednesday, Assange said he shared the goal of the Post and The New York Times "to publish noteworthy content."

The director also came to the defense of his agency and CIA agents who cannot “speak up for themselves” given their positions.