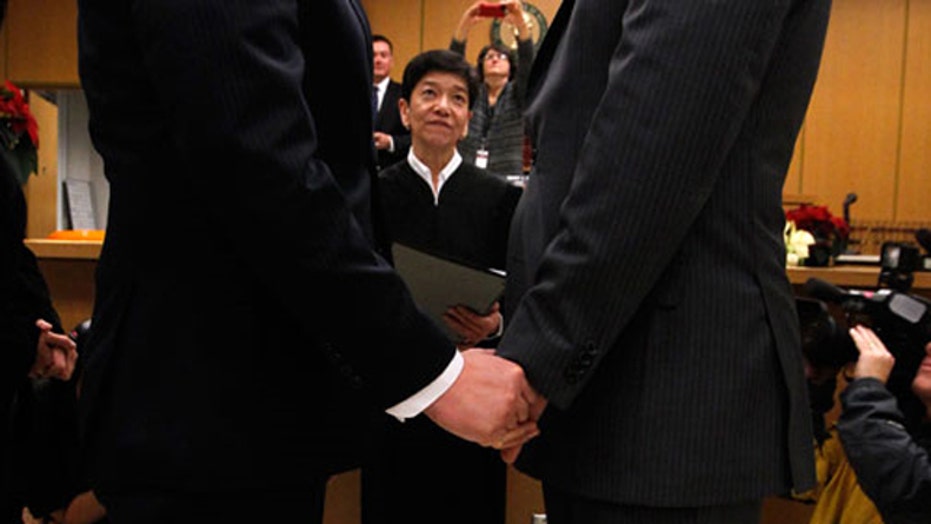 Founded during the Civil War, St. Luke’s Episcopal Church in Midtown Atlanta has witnessed dramatic social changes in America. When the Supreme Court issued its ruling on same-sex marriage Friday, the church celebrated with a special service.

“The message I think God has for us today … is God loves love, period,” said the Rev. Dan Matthews during his sermon.

But while many Americans of faith hail the Supreme Court ruling as a civil rights victory, many others say it tramples on their religious beliefs. Indeed, the next big question may concern how religious institutions respond, even as officials in virtually every state indicate they will comply with Friday’s ruling by issuing marriage licenses.

“Unless there is a great spiritual awakening in America, the battle for traditional marriage is over,” the Southern Evangelical Seminary announced in a press release. “Now the battle for religious freedom has begun.”

Legal experts say no pastor or other religious officiant would be compelled to perform any marriage – and so the expected surge of same-sex nuptials is likely to lead to friction. When it comes to American churches and same-sex marriage, a recent study by the Pew Research Center paints the picture of a house divided.

Regardless of the high court’s decision, the pastor of Christ Bible Church of Chicago says he still views marriage as a sacrament between a man and a woman only.

“This is God’s model,” Rev. James Ford, Jr. told Chicago Fox station WFLD. “I’m going to be encouraging my congregation, as I have over the years: We love the sinner. We hate the sin. And we stand for the word of God.”

Many Republican presidential contenders have taken issue with the Supreme Court ruling and vowed to protect the rights of religious organizations that oppose it.

“We won’t tolerate discrimination based on sexual orientation,” said Sen. Lindsey Graham, R-S.C., in a Sunday interview with Fox News. “But at the same time, if I’m president of the United States, no church, synagogue or mosque is going to lose its tax-exempt status because the tenets of their faith do not allow them to perform a same-sex marriage.”

Robert Schapiro, the dean of Emory University School of Law, said the religious practices of America’s houses of worship are already well protected by the First Amendment.

“There is nothing under our law that compels a rabbi, minister or pastor of any kind to perform a marriage that that person doesn’t want to perform,” Schapiro said. “That was the law before the Supreme Court decision. And that remains the law afterwards.”