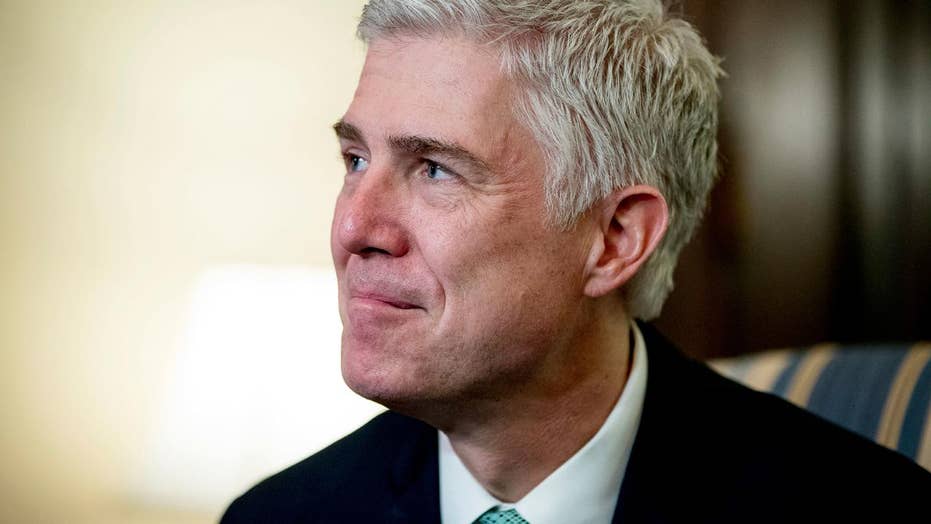 Justice Gorsuch spends his first day on the Supreme Court

The new Justice is an active questioner on day one; Doug McKelway explains on 'Special Report'

Mere days after Justice Neil Gorsuch was seated on the Supreme Court, restoring the panel to full strength, a top Senate Republican said the court could soon be down a member once again – in turn giving President Trump another big appointment.

“I would expect a resignation this summer,” Sen. Chuck Grassley, the chairman of the Senate Judiciary Committee, told Iowa’s Muscatine Journal.

Grassley, R-Iowa, said there was a "rumored" retirement in the offing, though he wouldn't disclose which justice was considering stepping down.

“I think we’ll have another Supreme Court vacancy this summer,” said Cruz, R-Texas. “If that happens, as much as the left is crazy now, they will go full Armageddon meltdown.”

Grassley predicted any new Supreme Court nominee would come from the list of potential justices put forward by Trump before he won the election. Gorsuch also came from that list and, despite bipartisan testimonials in favor of his confirmation, Senate Democrats led a fierce resistance to his seating, ultimately forcing Republicans to change Senate precedent by enacting the so-called “nuclear option.”

Because of that, a Supreme Court nominee would only need 51 votes to be approved to the high court. Republicans currently have 52 seats in the Senate, all but ensuring any GOP-favored nominee would sail through. Gorsuch heard his first arguments as a justice on Monday.

While Justice Kennedy, 80, is oft rumored to be considering retirement, there are several justices whose advanced age could signal a coming retirement. Ruth Bader Ginsburg is 84 and Stephen Breyer is 78. If any in that trio were to retire and be replaced by a reliably conservative justice, the court would noticeably lurch rightward. Ginsburg and Breyer are largely considered to be among the court’s more liberal jurists, while Kennedy is known as a “swing vote.”