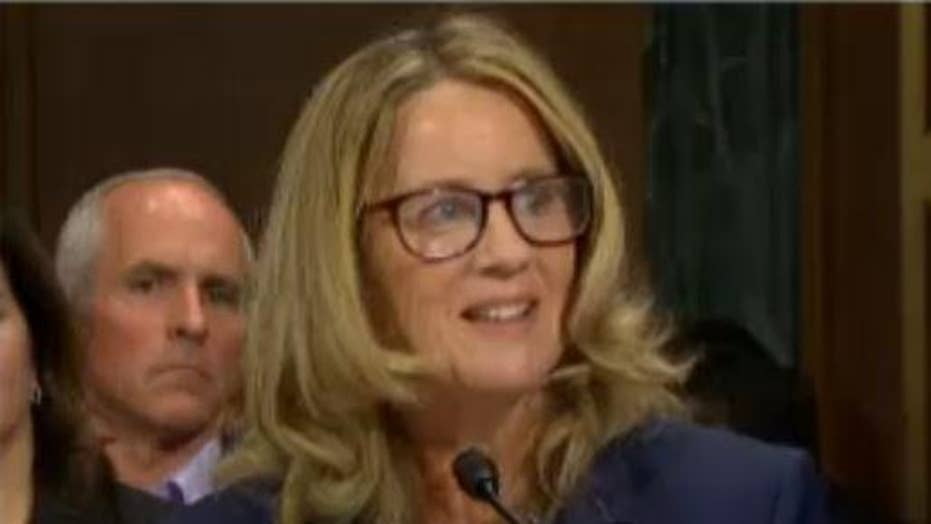 The lawyers representing Christine Blasey Ford clarified Thursday that they paid for the polygraph test she took regarding her allegations of sexual assault against Supreme Court nominee Brett Kavanaugh -- after she initially testified she wasn't sure who did.

Earlier during the dramatic hearing before the Senate Judiciary Committee, Ford said she didn’t think she paid for the polygraph test herself and she does “not yet” know who did.

Ford, who has accused Kavanaugh of sexually assaulting her at a party more than three decades ago, took the polygraph test on Aug. 7 in a conference room at a hotel near Baltimore/Washington International airport.

Ford said she could not recall all the details of the polygraph or how former FBI agent Jeremiah Hanafin was chosen to administer the test. She added that the test took place on either the same day or near the date of her grandmother’s funeral.

“I remember being hooked up to a machine, being placed on my body and being asked a lot of questions, and crying a lot,” Ford said. “That’s my primary memory of that test.”

She added: “I was just focused on what I was going to say and my fear about that. I wasn’t listening to every detail whether it was audio or video recorded.”

Kavanaugh has adamantly denied assaulting her or anybody.

Prosecutor Rachel Mitchell’s questioning of who paid for the polygraph comes as Republican lawmakers on the committee look to see if there were any outside political forces nudging Ford to come forward with her allegations against Kavanaugh.

But her lawyers clarified they paid for the test -- and further said they are representing Ford pro bono.

Ford also said in her opening statement that she did not have political motivations. "I am no one's pawn," she testified, before going on to detail her allegation that Kavanaugh tried to force himself on her at a gathering more than three decades ago.

Ford also said that no one helped her write the letter she sent privately to Sen. Dianne Feinstein, D-Calif., outlining her sexual assault allegations. Ford explained how she was weighing whether to come forward about the incident.

Hanafin then ran the results of Ford's two "no" responses through three separate scoring algorithms, including one developed by Johns Hopkins University. All three algorithms concluded that Ford's responses did not indicate apparent deception, with one putting the probability that she was lying at .002 and another putting it at less than .02.

"You don't normally give polygraph tests to victims. You represent victims. You believe them unless you have some corroborating evidence that there's something about this person's allegations ... that you don't believe," Hanafin said, adding that he administered a "specific issue polygraph test."

"The one issue here is her statement. And you have to address that one issue only asking two questions," he said. "You look at the overall [statement] and you ask two questions, and that is the most validated polygraph test.