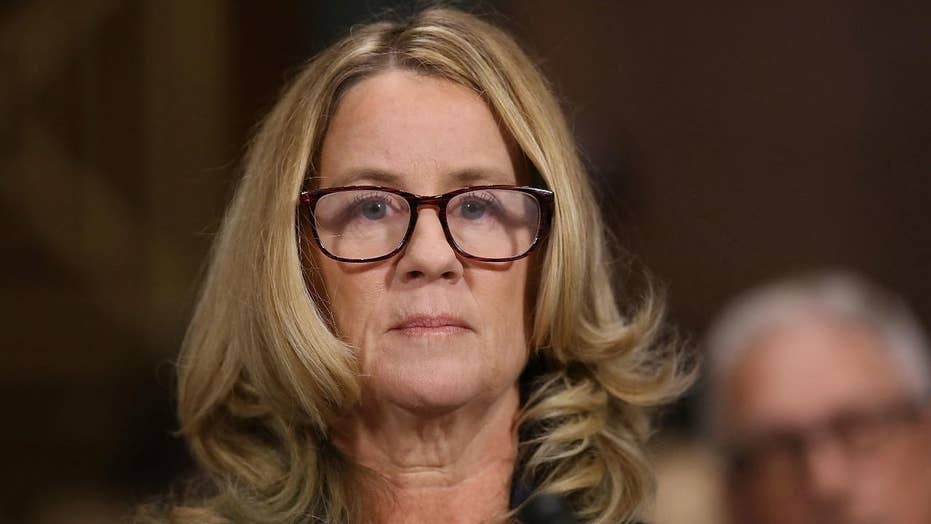 Christine Blasey Ford questioned about her fear of flying

Christine Blasey Ford, who testified Thursday about an alleged sexual assault by Supreme Court nominee Brett Kavanaugh, came under scrutiny over her fear of flying after it emerged she is a regular jetsetter.

Ford says Kavanaugh assaulted her at a high school party in 1982, and testified about the alleged incident at a Senate Judiciary Committee hearing. Kavanaugh denies the accusation.

As part of that hearing, she was questioned by prosecutor Rachel Mitchell, including about media reports that Ford was unable to attend a hearing on Monday in Washington, D.C., because she had a fear of flying and it would take too long to get there from California at such short notice.

Ford told Mitchell that she did, in fact, fly from California to the East Coast for the hearing -- saying that it was unreasonable to expect prosecutors to fly to her instead (Chairman Chuck Grassley later clarified that committee Republicans had offered to do that.)

She said that she had hoped to avoid getting on a plane but eventually was able to “get up the gumption with the help of some friends and get on the plane.”

However, Mitchell also queried Ford about other plane trips.

“In fact, you fly fairly frequently for your hobbies, and you’ve had to fly for your work is that true?

“Correct, unfortunately,” she said, adding that she wouldn’t be able to make it to Australia, where her company’s headquarters are located.

Mitchell then noted in Ford's CV that she lists surf travel as one of her interests, and has travelled to Hawaii, Costa Rica, South Pacific Islands and French Polynesia. Ford said that she had visited all of those places by airplane.

“Your interests include oceanography, Hawaiian and Tahitian culture. Did you fly by air as part of those interests?”

“Correct, easier for me to travel going that direction when it’s a vacation,” she said.