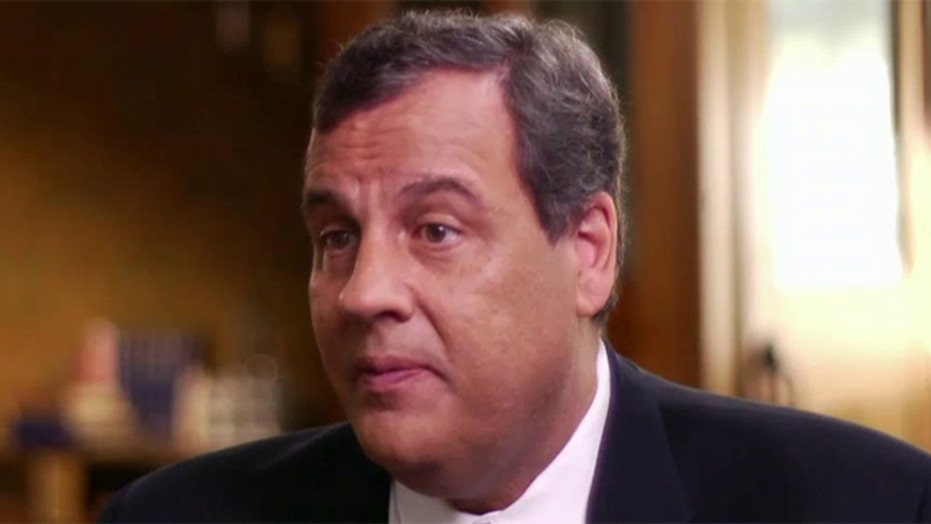 Republican presidential candidate and New Jersey Gov. Chris Christie on Sunday downplayed his so-so poll numbers, arguing that 2016 presidential campaigns are just beginning and that he has no fear about tackling entitlement reform.

“We need to reform these programs, and we can do it in a way that's not going to throw anybody off the cliff,” he said in an interview taped last week and aired Sunday. “I've put that plan forward, and I'm going to keep talking about it. It's the third rail of American politics. They say don't touch it. I'm going to hug it.”

Christie argued such programs must be revised and that current spending on them is hurting investments in national defense, infrastructure and education.

“That’s just not acceptable to me nor is a massive tax increase on the American people to pay for it,” he said.

Christie downplayed his polls numbers, which essentially have him ninth nationally and sixth in early-voting-state New Hampshire, saying “campaigns matter.”

Right now, the huge 2016 GOP presidential field has 14 candidates and is expected to increase to 16 and include Wisconsin Gov. Scott Walker.

Christie is not expected to win or have a top finish in first-in-the-nation voting in Iowa, where the Republican Party’s most conservative candidates historically do the best.

However, Christie, more of an East Coast moderate, is expected to do better in the less conservative New Hampshire and would be allowed to participate in the GOP primary debates if he stays among the top 10.

On Sunday, he disagreed with calls by fellow GOP presidential candidate Texas Sen. Ted Cruz for a constitutional amendment that would lead to retention elections for Supreme Court justices, following recent decisions on ObamaCare and gay marriage.

He suggested that Americans should consider a process similar to that in New Jersey in which justices are appointed for a seven-year term, followed by the governor having the opportunity to again consider whether to nominate them for a lifetime tenure.

“He's wrong, and what he's done has made American weaker and more vulnerable,” Christie told Fox News. “And he's done it and then cut his speeches and put them on the Internet to raise money off of them. He's politicizing America's national security.”