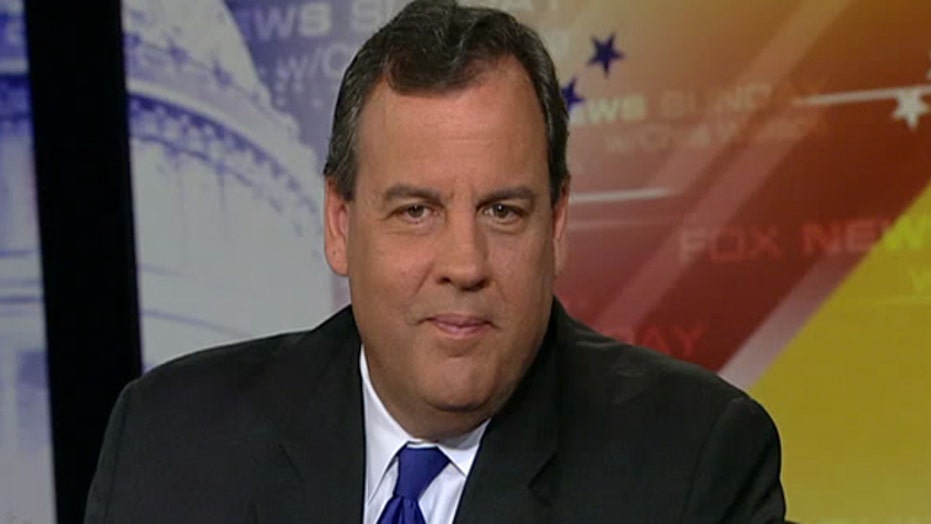 Is Christie being trumped as 'tell it like it is' candidate?

Republican presidential candidate Gov. Chris Christie cranked up efforts on Sunday to become a top-tier contender -- insisting he’ll qualify for the next primary debate and calling Democratic front-runner Hillary Clinton a “disgrace” for recent comments about his party.

“I’ll be on that stage,” the New Jersey governor told “Fox News Sunday.” “I’m not worried about that at all.”

The next debate is Sept. 16 and will be hosted by CNN. The network will have a main debate for the top-10 candidates and a secondary debate for the remaining roughly six or seven others who have at least 1 percent of the popular vote, according to an averaging of polls.

Christie on Sunday relied on his record as a two-term governor, as he has since the start of his campaign. He argued that he has vetoed more tax increases than any other governor in U.S. history and that he got elected in a Democratic-leaning state against a better-funded Democratic opponent.

“I was outspent 3-to-1,” he said. “I’ve been a political underdog for my entire career. Campaigns matter.”

Christie, who qualified for the first primary debate in August, is now ranked No. 11, according to an averaging of polls by the non-partisan website RealClearPolitics.com.

Christie also took a big swing at Clinton for seemingly comparing members of his party to terrorists for their “extreme views” on women.

“That’s a disgrace,” Christie said, in response to Clinton's remarks. “She’s a disgrace. … I’m not going to be somebody who lets somebody stand up and call my party terrorists.”

Christie, a former prosecutor, also said he thinks Clinton has the potential to face criminal charges for having used a private server and email accounts while secretary of state.

He questioned Clinton's deleting some of the emails after a House committee subpoenaed them and suggested that she mishandled government information. Clinton's private server is now being examined by the FBI.

Christie also waved off questions about him using a private email account as governor. He said the only email released was one from a staffer that included a press release and that it was likely mistakenly sent to the wrong account.

“Can we really compare that?” Christie asked.