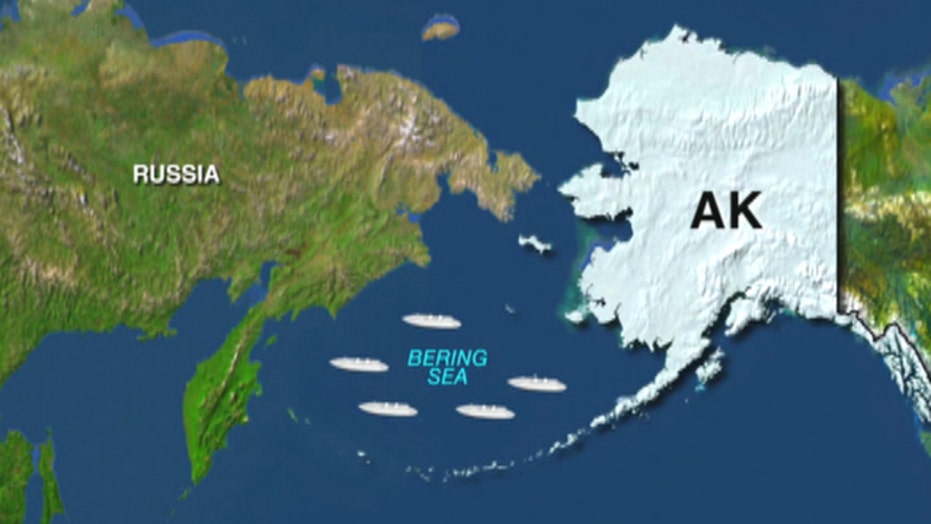 Chinese warships come within 12 nautical miles of US coast

China’s Defense Ministry also confirmed to the paper that its naval ships had sailed to the Bering Sea for training after a joint military exercise with Russia in late August. Officials in Beijing insisted that the activity was routine and not aimed at any particular country.

Navy Commander Bill Urban, a Pentagon spokesman, confirmed to Fox News Wednesday that three surface warfare ships, one amphibious assault ship and one supply vessel from the People's Liberation Army Navy had been sighted in the Bering Sea. It was the first time that Chinese ships had been seen in the body of water separating Alaska and Russia.

The Chinese ships' appearance coincided with President Obama's trip to Alaska, during which he largely focused on climate change, but also pressed Congress to approve the building of more icebreakers to counter claims to the Arctic made by Russia.

White House spokesman Josh Earnest told reporters on Wednesday that the Defense Department "positively identified a number of Chinese naval vessels in that region, but based on their analysis, they have not detected any sort of threat or threatening activities."

China has become more active in asserting its territorial claims, including reclaiming land to build new islands at a number of disputed Spratly reefs in the South China Sea. Several of China's neighbors also claim the reefs — including U.S. ally the Philippines — which lie in one of the world's busiest shipping routes and are rich in fish and potential gas and oil reserves.

The U.S. has a policy of not taking sides in the territorial disputes, but it has declared it has a national interest in ensuring freedom of navigation and overflights.

On Thursday, the U.S. Navy installed Rear Adm. Frederick Roegge to command its submarine force in the Pacific.

The ceremony's guest speaker, Adm. Cecil Haney, a former submarine commander himself and currently the commander of U.S. Strategic Command, said significant disagreements and disputes challenge peace and stability in the Pacific.

"For example, we see China's efforts to assert regional dominance in the East and South China Seas while at the same time they're operating a new ballistic missile submarine force, modernizing its mobile and fixed intercontinental ballistic missiles and conducting persistent cyber activities and counter space demonstrations," Haney said.