President Trump believes if he can convince major trading partners to rewrite their relationship with the U.S. to be fair and reciprocal, the economy will flourish; chief White House correspondent John Roberts reports.

The Chinese Communist Party-affiliated newspaper on Monday condemned the passage of a pair of U.S. Navy ships through the Taiwan Strait as a “psychological game” amid the showdown over trade and relations with Taiwan.

The Global Times editorial warned that the U.S. is increasing tensions by sailing the Japan-based guided missile destroyers USS Mustin and USS Benfold through the strait that divides Taiwan and China.

The U.S. is “sending political signals by sending warships through the Taiwan Strait,” read the editorial, headlined as “U.S. psychological game in Taiwan Strait.”

Both Taiwan and the U.S. confirmed the ships’ passage over the weekend. The Chinese government, which cut off all diplomatic relations to the small island in 2016, claimed for decades that Taiwan is part of China’s territory and will use force to conquer it if needed.

Beijing also criticized the U.S. efforts to foster the relationship with the Taiwanese government and its president Tsai Ing-wen, including the opening of a new office complex for the American Institute in Taiwan that works essentially as Washington’s informal embassy due to the absence of formal diplomatic ties since 1949. 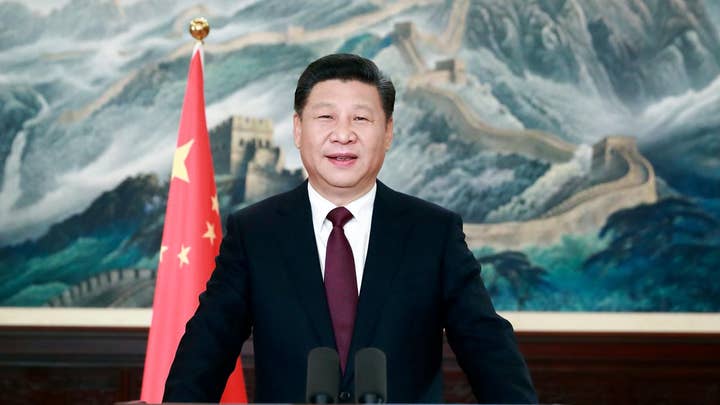 The U.S. Congress recently passed a measure encouraging higher-level government contacts with Taiwan and closer cooperation with their military.

The increasing engagement with Taiwan comes amid rising tensions between China and U.S. over the Trump administration’s trade policies and accusations that China is unfairly benefiting from existing trading practices.

The administration imposed a 25 percent tax on $34 billion worth of Chinese imports last Friday, sparking a trade war with China after it retaliated by imposing taxes on an equal amount of U.S. goods, including electric cars, soybeans and pork.