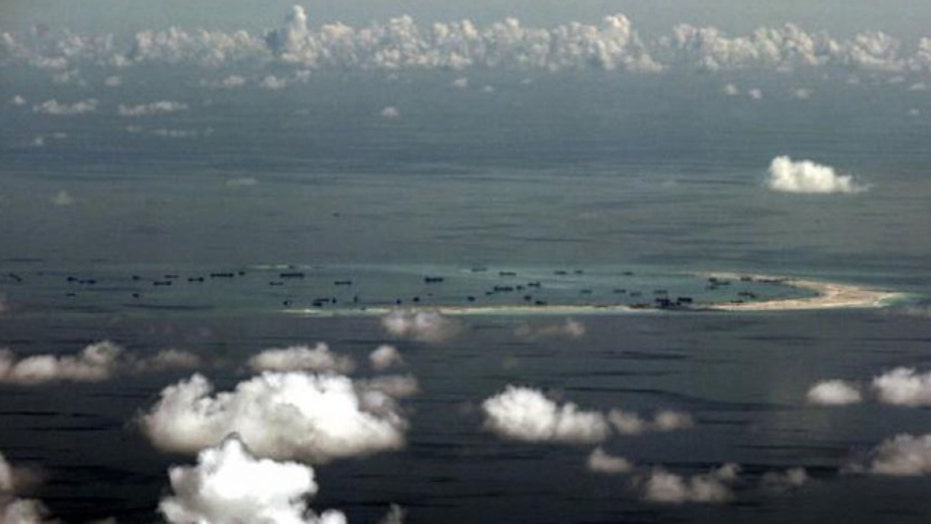 WASHINGTON – China has reportedly warned the U.S. against sending U.S. Navy aircraft or ships to the South China Sea to contest territorial claims made by Beijing in disputed waters.

The Wall Street Journal had reported late Tuesday that the Pentagon was considering flying surveillance aircraft and sending ships to within 12 nautical miles of coral reefs in the disputed Spratly Islands that have been built up and claimed by the Chinese. The U.S. has said it does not recognize the islands as Chinese territory.

Military officials told the Journal that no final decision had been made. However, on Wednesday, China's Foreign Ministry responded in unusually strong terms.

"Do you think we would support that move? We are severely concerned about relevant remarks made by the American side. We believe the American side needs to make clarification on that," said ministry spokeswoman Hua Chunying, according to the paper.

Six countries -- China, Vietnam, Brunei, Malaysia, Taiwan, and the Philippines claim the South China Sea as its own territory, in whole or in part.

Del Rosario said that China is attempting to enforce its so-called "nine-dash line" — the rough demarcation of China's territory on its official maps that virtually envelopes that ocean. He described the line as "unlawful."

The United States, a treaty ally of the Phillipines, has expressed growing concern over China's creation of islands over the past year, particularly in the Spratly chain. A senior U.S. defense official said last week that China's land reclamation, potentially for military use or airstrips, now totals about 2,000 acres.

"We are taking the position that we must do something quickly lest the massive reclamation results in de facto control of China of the South China Sea," del Rosario told the Center for Strategic and International Studies in Washington.

He said that China's control could lead to militarization, and also threatens the rule of law and freedom of navigation.

Chinese officials defend the reclamation, saying it is Beijing's territory and that the buildings and infrastructure are for public service use and to support fishermen. It accuses the Philippines, Vietnam and others of carrying out their own building work on other islands.

For its part, the Philippines has mounted a legal challenge to China's claims at the United Nations.

The U.S. says it takes no position on sovereignty claims in the South China Sea, but has an interest in peace and stability in its busy shipping lanes. It is providing millions in aid to boost the Philippines' capability in maritime security and has voiced support for Manila's ongoing legal challenge to China's nine-dash line.

But del Rosario said the U.S. can do more boost its engagement in Asia, including stronger economic ties.

"We are trying to deliver the message that the Asia pivot is not as focused and as strong as it should be," he said.

Del Rosario was speaking after Senate Democrats blocked efforts to begin a full-blown debate on a trade bill that is key to President Barack Obama's ambition to complete a pan-Pacific free-trade agreement. The Philippines is not among the 12 nations negotiating the agreement, but del Rosario said Manila hopes to join eventually.