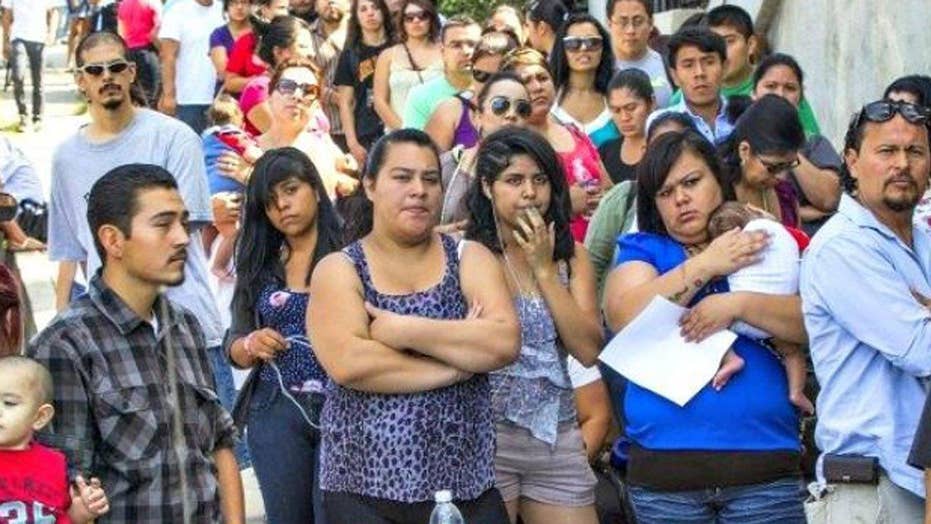 Even as President Trump was poised to put an end to sanctuary cities, Chicago's teachers union demanded that the Windy City's public schools become a safe haven for undocumented students.

“Schools need to be the first point of safety for students traumatized by raids, deportations, discrimination, hate crimes and persecution by police and from other acts of violence,” said Viveka Ray-Mazumder, a leader of a coalition of community groups and public employees.

In a written resolution, the coalition is demanding that the Chicago school district “not assist or facilitate the U.S. Department of Homeland Security (DHS) access to school databases, facilities, equipment, personnel…” and also that the district “not cooperate with ICE, DHS, or other agencies.”

Just as sanctuary cities refuse to cooperate with federal immigration authorities when they identify illegal immigrants, schools that so designate themselves would decline to share immigration information about students.

Trump has said he will move to withhold federal funding to sanctuary cities, but it is not clear what his administration would do about school districts that, for example, don't respond to a warrant on a student.

Critics argue sanctuary cities and schools can create a haven for criminals and is just an excuse for underperformance.

“It is about them trying to cling to power because they cannot defend performance, so they have to misdirect your attention away from somebody allegedly who is coming for you,” said conservative radio host Dan Proft. “Unless you’re a violent criminal who is here illegally, they’re not coming for you.”

The Chicago public school district would join a list of dozens of self-declared sanctuary school districts across the country. However, CPS is one of the nation’s largest districts with more than 380,000 students, so it would set a large precedent if it did pursue becoming a sanctuary.

Emanuel is scheduled to publicly respond to President Trump’s executive orders on immigration and sanctuary cities on Wednesday afternoon.