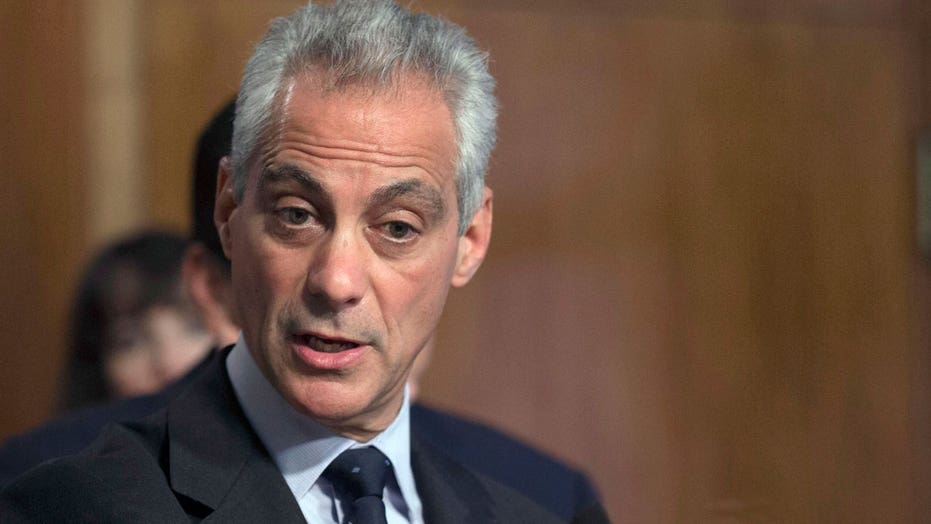 After decades of delaying or ignoring financial obligations like pension funds, Mayor Rahm Emanuel is putting the burden back on taxpayers

Chicago already is one of the most expensive cities in the world -- No. 7, according to a report by financial firm UBS.

But the cost of living soon could rise even more, if Chicago Mayor Rahm Emanuel gets his way.

The Windy City mayor is pushing a $500 million property tax increase, the largest in the city's history, as a way to balance an almost $700 million deficit.

On top of that, surrounding Cook County just raised the sales tax to the highest in the nation, at 10.25 percent, while considering a hodgepodge of other fees. And the state of Illinois faces its own budget crisis, and will likely need to raise taxes to get out of it.

"There is almost a perfect storm of tax increases coming forward in Chicago," said Laurence Msall of the Civic Federation. "And people who live in the city are in a state of shock."

Chicago's financial mess is the result of decades of delaying or ignoring obligations like pension funds for city employees, as well as borrowing to pay for operating expenses and spending more than it had taken in for several years in a row.

Blame it on former Mayor Richard Daley's administration, says Crain's Chicago Business. Emanuel inherited a mess years in the making, though has taken longer than expected to begin to work a way out of it.

"We are certainly now paying the price for bad decisions that have been many years in the making," Crain's reporter Tom Corfman said.

Now the problem belongs to Emanuel, and the burden is being loaded on the backs of taxpayers.

The city's bond rating has been dropped to "junk" status, which will make borrowing money to pay the bills a lot more expensive.

Already, the Chicago public schools are $480 million in the hole. The mayor wants teachers to take a 7 percent pay cut, but teachers are threatening to strike.

Elsewhere, services will be cut. And millions in revenue from controversial red light cameras is now indispensable.

Emanuel is pitching his plan as a reality check for Chicago.

"We will eliminate once and for all what we started four years ago to eliminate, the structural deficit that we inherited," Emanuel said. "We will rid the budget of all the sleight of hand that was built up over the years to hide the cost of operating a budget."

But the $500 million property tax money likely won't be enough to get the city back in the black, said Msall.

The mayor also wants a first-ever garbage pickup tax. And a group of aldermen calling themselves "The Progressive Caucus" want to target the wealthy with a tax on luxury items, like fur coats and jewelry -- as well as charge a fee for Uber rides and impose a so-called "bad business" tax on companies that pay employees less than a determined wage.

There's even a plan to push the property tax only onto homeowners whose dwellings are valued at $250,000 or more.

Emanuel's recent attempt to meet with the public to talk about budget-saving ideas did not go well -- when protesters, angry about a school in their neighborhood being closed, rushed the stage, Emanuel had to be escorted out by his security.

In order to get back on track, Msall suggests a reduction in city employees is needed. Emanuel will present what the Chicago Sun-Times calls his "doomsday budget" plans to the City Council on Tuesday.

If there's a silver lining, it's the fact that Chicago is still a very attractive place for tourists to visit and businesses to relocate. While the number of residents hasn't increased much lately, it also hasn't dropped, despite the impending costs to residents.

"The city still has enormous strengths. It's still a very vibrant city, a very great place to live," Corfman said.