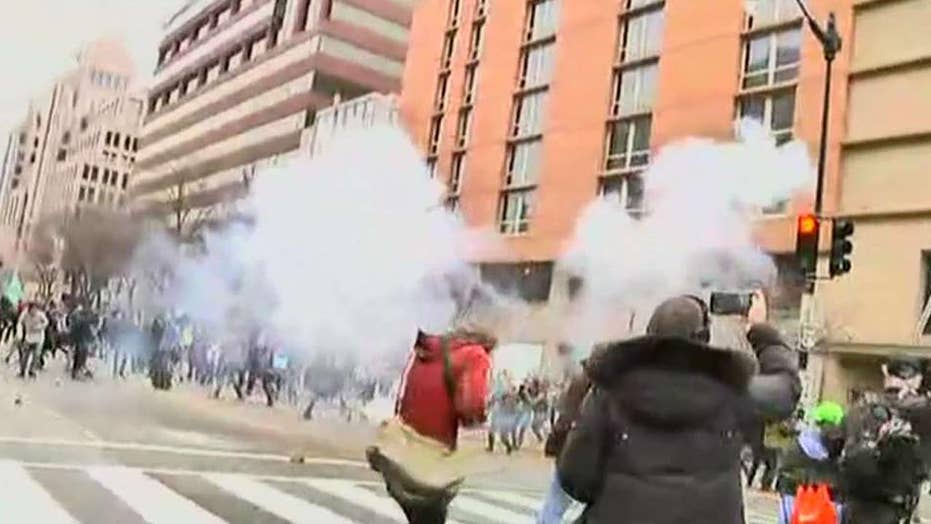 Police clashing with protesters after the inauguration

Prosecutors have dropped the felony rioting charge filed against a journalist who was arrested after protesters began breaking windows in Washington on Inauguration Day.

William Miller, a spokeswoman for the U.S. attorney's office for the District of Columbia, said Friday that prosecutors decided not to pursue the case against Vocativ Senior Producer Evan Engel after reviewing evidence and consulting with his attorney.

Engel was among 230 people arrested during the Inauguration Day unrest. The protesters described themselves as anti-capitalists.

The Guardian newspaper reported earlier this week that Engel was one of six journalists charged. The group was charged with felony rioting, punishable by up to 10 years in prison and a fine of up to $25,000.

Miller said his office won't comment on other cases.