Steny Hoyer on partial government shutdown, request to delay State of the Union

Chaos briefly broke out on the floor of the House Thursday as Republicans accused Democrats of trying to pull a fast one with a hasty vote to end the partial shutdown.

The drama began in the afternoon when the Democratic-controlled House held a voice vote on an interim spending bill to re-open the government through February 28.

Customarily, after a voice vote is held, the opposition party will demand a recorded roll call vote. But when no one was heard, North Carolina Rep. G.K. Butterfield, who was presiding over the House, did not hold a roll call vote and instead announced that the measure was approved.

“The ayes have it!” Butterfield announced. “The Joint Resolution is agreed to!” 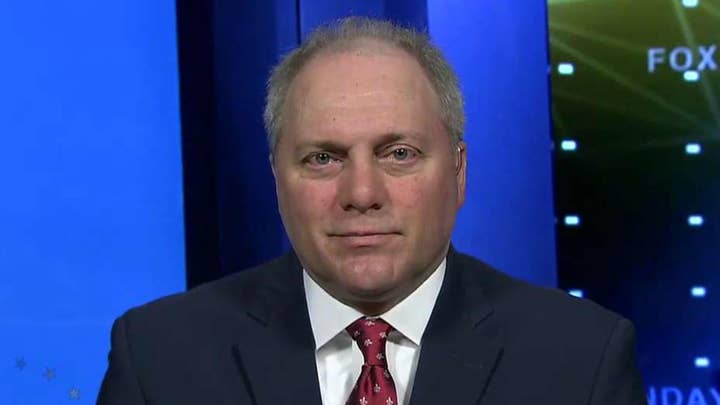 This led to a tense exchange on the floor between House Majority Leader Steny Hoyer and House Minority Whip Steve Scalise, who claimed a Republican lawmaker had actually requested a recorded vote.

“The gentlemen from Kentucky did stand and ask for a recorded vote,” Scalise said on the floor. “Whether or not it was heard or not, we’ll have to watch the tape, but it’s an important piece of legislation that I’m sure members from both parties would like to be recorded on.”

Hoyer denied that “games were played,” saying the request was simply not heard.

“I was surprised that a vote was not asked for,” Hoyer said.

Eventually after the back and forth, Hoyer agreed to redo the vote next Wednesday.

Trump is demanding $5.7 billion to build more than 200 miles of his proposed Southwest border wall, and has refused to sign spending bills reopening government lacking that money. Democrats say they won't give him any wall funds but have been willing to provide $1.3 billion for other types of border security, like technology and some physical barriers.