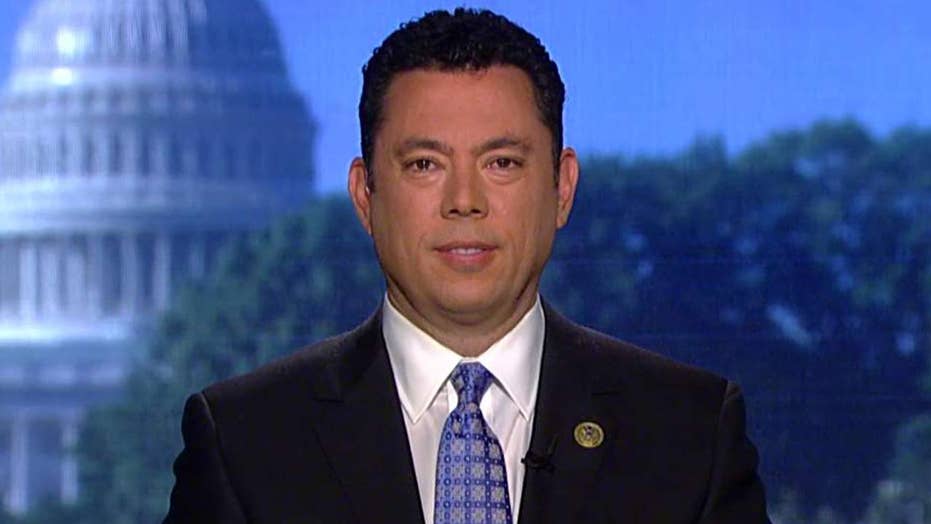 “This is really a pivotal moment,” said Chaffetz on Fox News’ “Fox & Friends," amid three probes into whether President Trump’s presidential team colluded with Russia during the 2016 White House race that have slowed Washington Republicans’ legislative agenda.

Chaffetz said agency Inspector General Michael Horowitz “has been diving into this” and is expected to release a comprehensive report on Lynch and her oversight on the now-closed FBI email investigations in “the first part of next year.”

The FBI opened and closed two investigations amid the 2016 presidential campaigns on whether Clinton, the Democratic nominee, gave away classified information or broke laws as secretary of State by sending or receiving emails on an unsecured server.

In June 2016, in the heat of the presidential campaign, Clinton’s husband, former President Bill Clinton, talked privately to Lynch while their planes were on the tarmac in a Phoenix airport, sparking questions about whether Clinton appealed to her for help.

The issue essentially died when Trump defeated Clinton but resurfaced a few weeks ago when former FBI Director James Comey testified on Capitol Hill that he was uncomfortable with the tarmac meeting.

He said Lynch “directed me not to call it an investigation and call it a matter -- which confused me."

Chaffetz, who is officially resigning next week from Congress, said Saturday the remark “evidently sparked a series of events” for Comey.

The Senate Judiciary Committee, in a bipartisan announcement, formally asked Lynch and others Friday to respond to allegations of “political interference” in the FBI email probe.

They have until July 6 to comply with the request.

The Senate inquiry was also prompted by news reports that raised questions about whether Lynch tried to stifle the investigation.

Among them is a New York Times story in April that is based in part on a hacked and unconfirmed electronic documents obtained by the FBI in which a Democratic operative expressed confidence Lynch would keep the Clinton probe from going too far.