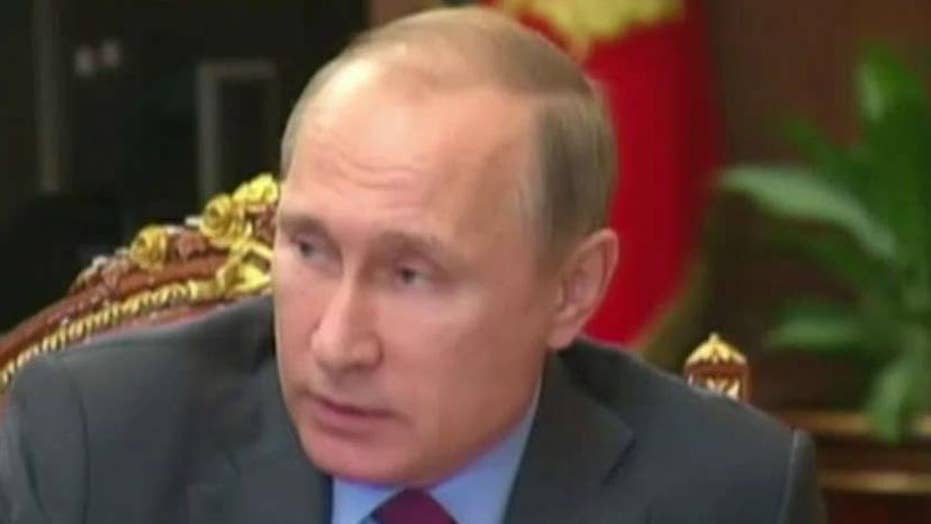 Is Putin bringing in more firepower to Syria?

Two intelligence analysts at U.S. Central Command claim to have been forced out of their jobs for producing skeptical reports about U.S.-backed rebels in Syria, The Daily Beast reported Sunday.

The report claimed that one of the two analysts alleging the reprisals is CENTCOM's top analyst in charge of Syria. He and his colleague doubted the rebels' abilities and commitment to U.S. interests in Syria. For expressing those doubts, the report claims, they have been sidelined from their positions and well not be working at CENTCOM.

It was not immediately clear whether the two analysts had formally left their jobs.

The latest accusations of interference with battlefield analysis at CENTCOM centers on the $500M program by the Obama administration to train and arm so-called "moderate" members of Syria's rebel armies.

Despite an initial goal to train roughly 5,400 fighters to take on ISIS in the program's first year, CENTCOM Commander Gen. Lloyd Austin admitted to the Senate Armed Services Committee this past September that only "four or five" of the U.S.-trained fighters remained on the battlefield.

That admission resulted in criticism from commitee members, including Sen. John McCain, R-Ariz., who called the program an "abject failure."

In September of last year, it was reported that more than 50 analysts at CENTCOM had backed a complaint to the Pentagon that their reports on ISIS and the Al Qaeda-affiliated Nusra Front in Syria had been inappropriately altered by senior officials. The complaint alleged that the reports had been changed to make the terror groups appear weaker than they actually were.

The complaint about the altered ISIS intelligence reports is being investigated by the Pentagon's inspector general.

In November, Fox News reported that CENTCOM analysts were pressured to ease off negative assessments about the threat from ISIS. On at least two occasions, emails were sent to the analysts saying they needed to "cut it out" and "toe the line."