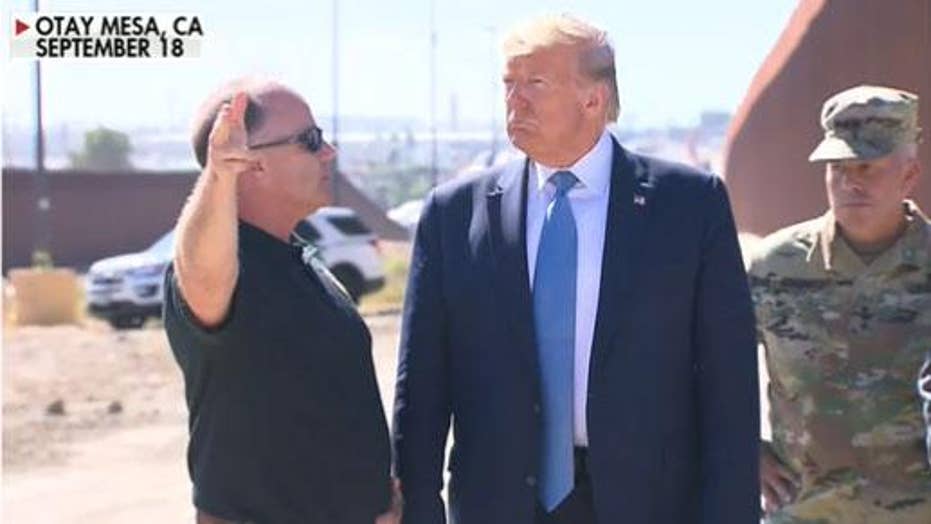 Mark Morgan, acting CBP commissioner, discusses why DHS apprehensions at the southern border have dropped for the sixth straight month

Officials with Customs and Border Protection (CBP) are crediting President Trump's agenda for giving an unprecedented boost to law enforcement, saying it has dramatically reduced the number of migrants released within the United States and bolstered the agency's ability to remove illegal immigrants.

For the past five months, the number of removals has outpaced the number of apprehensions -- putting law enforcement on the offense in an ongoing battle against drug traffickers and human smugglers on the border. During the height of the migrant crisis in 2019, CBP and Immigration and Customs Enforcement (ICE) had released more than 80,000 immigrants into the interior United States.

By January, that number had fallen to fewer than 2,000 and those were due to medical emergencies and other "legitimate" issues, CBP leadership claimed, like paroling foreign nationals to testify in court. "Catch and release has all but ended," Morgan said. The president offered a variety of tools that made it possible for immigration enforcement to decisively provide some kind of consequence for illegal immigrants -- emphasizing the administration's message that illegal entry won't go unnoticed.

"This is something I really want to emphasize. As a career law enforcement guy," Mark Morgan, acting CBP commissioner, told reporters on Wednesday.

"It's because of this president that we now have more tools than we've ever had before to do our job. It's just a fact. The importance of Trump's changes couldn't be overstated," Deputy Commissoner Robert Perez said.

In February, the agency saw a 74 percent decrease in apprehensions -- generally an indicator of illegal crossings -- since the peak of the humanitarian and border security crisis in May of 2019. February's apprehensions were slightly higher than January's as increases between those two months is typical for the season. The increase, however, was significantly lower than usual, CBP said, due to tools rolled out by the Trump administration.

The court previously voted to block the agency's ability to keep migrants in Mexico, but eventually stayed that decision -- allowing the government to appeal the decision to the Supreme Court.

"Judicial rulings based on policy difference not only make our jobs harder, but further increase the pull factors of illegal immigration," Morgan said.

Morgan also told reporters that the administration's policies, like MPP, have allowed them to more easily adapt to changes in the strategies employed by transnational crimnal organizations (TCOs), which traffick drugs and attempt to smuggle migrants into the U.S. "As they shift, we're shifting," Morgan said. Without the administration's new tools, Morgan said the agency would have seen a "dramatic increase" in enforcement operations for February.

With greater flexibility in MPP's, CBP has been able to more easily send migrants back and work out arrangements with foreign governments. That was key, he said, to addressing TCOs as they started employing migrants from countries outside the previous scope of immigration law. TCO's, which previously relied on family units, were "scrambling" for money after CBP's enforcement activities, Morgan claimed.

The border wall, which has surpassed 130 miles, also forced TCOs to points of entry where, Morgan said, authorities are better equipped to catch drug smugglers.

He anticipates that by the end of 2020, the U.S. will have 450 miles of border wall. "I'm going to continue to say it: Walls work. They provide an effective impedence and denial capacity," Morgan said.