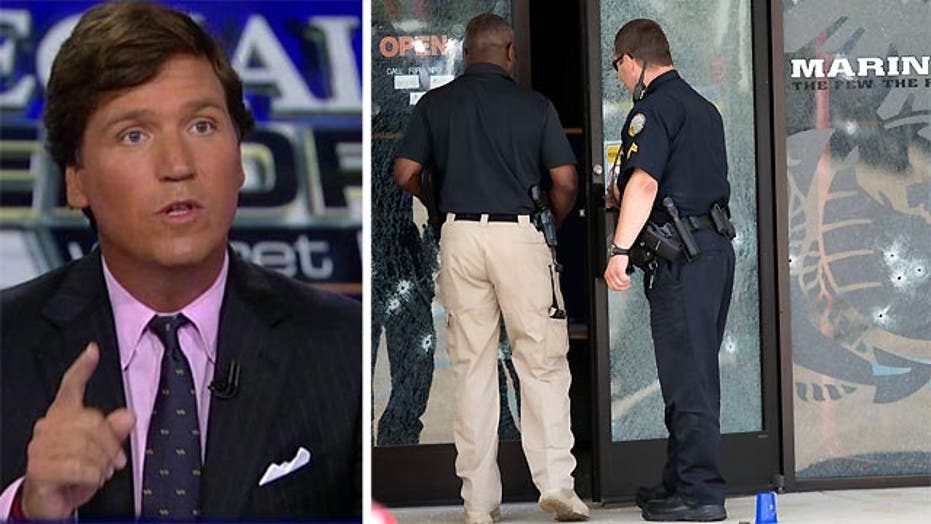 Tucker Carlson, host of “Fox & Friends Weekend,” suggested Friday that the U.S. should look at who it allows into the country in light of the murders of four Marines at a military facility by a Kuwaiti-born Islamic radical in Chattanooga, Tenn.

Carlson said that should a correlation occur, a review of the current immigration policy and a political discourse are in order, "Maybe we do it in a non-heated way, a way that does not demonize anybody but in a way that acts in America's interests."

Carlson said political correctness was the reason that critics use to discourage discussion that could offend a group of people: "You will not hear that conversation and it's really a shame."

Gunman Muhammad Youssef Abdulazeez was a naturalized U.S. citizen and had not been monitored by authorities before the shooting.