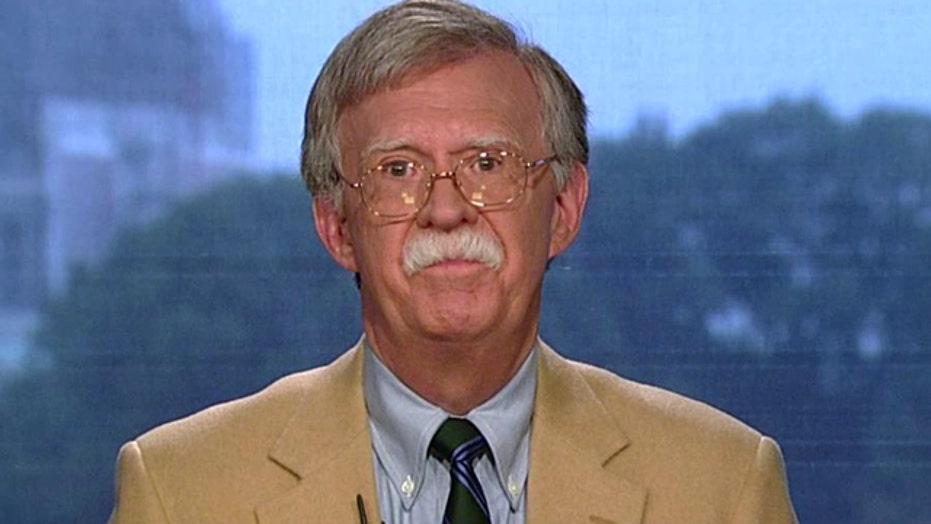 Senate Majority Leader Mitch McConnell on Sunday led a chorus of bipartisan concern from congressional leaders and 2016 presidential candidates about an Iran nuclear deal, amid reports that negotiators are expected to reach a provisional agreement.

"This is going to be a very hard sell for the administration," the Kentucky Republican said on "Fox News Sunday," when asked about the likelihood of Congress signing off on a deal.

He spoke minutes after diplomats said that negotiators could possibly announce a deal as early as Monday to curb Iran’s atomic program in return for tens of billions of dollars in sanctions relief.

McConnell suggested that President Obama will ultimately win final approval for the deal, considering he would need only 34 Senate votes to veto the likely passage of “resolution of disapproval” by the GOP-led chamber.

However, New Jersey Democratic Sen. Bob Menendez, a Senate Foreign Relations Committee member, also continued to raise skepticism about any deal, which suggests that getting 34 Democratic Senate votes might be a challenge.

"We have gone from preventing Iran having a nuclear ability to managing it," he told ABC’s “This Week.” "And what we are doing is basically rolling back sanctions ... not rolling back Iran's elicit nuclear infrastructure."

Menendez, long outspoken about a deal that would ease too many sanctions on the rogue nation, also said news of a provisional agreement made him “anxious” but that he will wait to see the details before making a final judgment.

“What type of sanctions relief are we giving?” he asked, "because in 12 to 13 years we will be exactly back to where we are today except that Iran will have $100 [billion] to $150 billion more in its pocket and promoting terrorism throughout the Middle East."

Obama has come under criticism from members of Congress and some U.S. allies in the Middle East who say the administration has conceded too much in the Iran talks. Iran has denied any nuclear weapon ambitions and said its program is meant to supply domestic energy and other peaceful purposes.

Secretary of State John Kerry has been leading the U.S. delegation in the talks in Vienna, which aim to impose long-term, verifiable limits on Tehran's nuclear programs. The other countries involved in the negotiations and that must also agree to a deal are Britain, China, France, Germany and Russia.

Among the final sticking points in the roughly 2-year-long negotiations is whether U.N. inspectors will have full access to Iran’s nuclear-related facilities and the extent to which sanctions, including an arms embargo, will be lifted.

The current negotiations have run more than two weeks and blown through three deadlines. Because the talks are in overtime, Congress gets 60 days to assess the deal and take the votes, requiring Obama to await that process before trying to ease the sanctions agreed to in the deal.

Sen. Bob Corker, the chairman of the Senate Foreign Relations Committee, on Sunday also raised concerns but said lawmakers would review any agreement carefully to ensure the Iranians are held accountable and that any violations can be enforced

"I think we’ve been in a downward trend for some time,” the Tennessee Republican told NBC's "Meet the Press" about the state of negotiations.

However, he suggested members of Congress are willing to approve a deal that makes the United States and its allies “better off.”

“We knew they were making a bomb,” Corker said. “We just want to know how far they got.”

Obama downplayed chances for a deal during a closed-door meeting with Senate Democrats last week, telling participants that an agreement was at best a 50-50 proposition.

Democratic presidential candidate Jim Webb told “Fox News Sunday” that he would be “very hesitant” about approving an Iran nuclear deal based upon what he knows so far about the details and argued the United States has other ways to improve relations with the rogue nation.