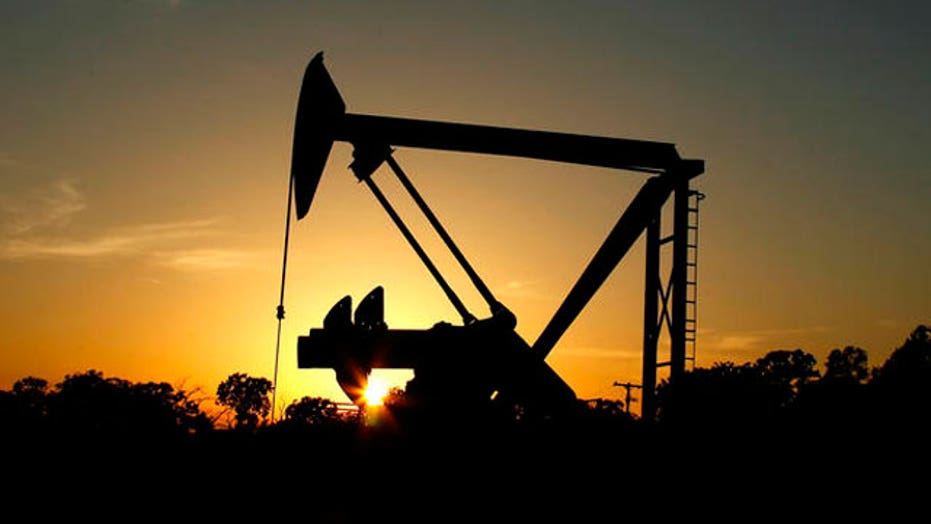 Should US lift ban on exporting crude oil?

When the Arab oil embargo of 1973 shocked the U.S. into long gas lines and rationing, Congress approved what was a no-brainer at the time -- a ban on exporting crude oil produced at home.

But today, with domestic oil production booming, some are questioning whether that ban should stay in place. The new concern is that the U.S. has more oil than its refineries can handle.

Murkowski has sent a letter to the White House asking President Obama to lift the ban on oil exports, even as the U.S. still imports 40 percent of its oil.

Supporters of lifting the export ban argue that oil is a world commodity -- and more of it on the global market will drive everyone’s gas prices down and create jobs in the U.S.

“We’re going to have a manufacturing renaissance and rebirth like we have never seen before in this country if we take advantage of our God-given resources,” said Charles Drevna, of the American Fuel and Petroleum Manufacturers.

Critics, though, say the effort is driven by oil company greed and warn that lifting the ban could actually lead to higher gas prices at home.

“Crude oil sold overseas can get about $10 more per barrel than it can in the United States,” said Dan Weiss, of the Center for American Progress. “That will make the oil companies more money, but could raise the price of gasoline here, while forcing us to depend more on other countries.”

An executive for Delta Airlines, Graeme Burnett, also testified before Congress that jet fuel and gasoline would get more expensive in the U.S.

“Lifting export limits would come at the expense of the American consumer, who would pay more for gasoline, more for heating oil and more for the price of an airline ticket,” Burnett said.

Environmentalists have a different concern. They worry about a big spike in the amount of oil moved across the country to ports.

“Little towns are affected by oil trains rolling through, by pipelines being pushed through their neighborhoods, and even big cities run the risk of oil train explosions which we have seen over the last few months are a genuine threat,” said Eric de Place, of the Seattle-based Sightline Institute.

Murkowski believes the White House can lift the oil export ban on its own -- but if Obama doesn’t act, she says she’s prepared to introduce a bill in Congress.