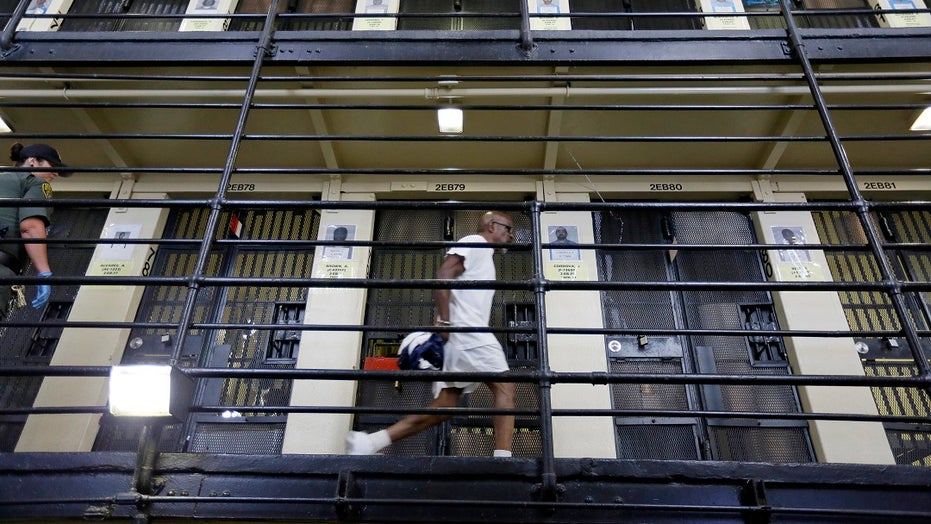 California could move 700 death row inmates to eight other facilities within the state where they will be housed with non-condemned prisoners and have access to rehabilitation and work programs, something a former district attorney calls “a slap to the face” to victims.

The move giving inmates at San Quentin State Prison’s all-male death row the option to transfer to other facilities is actually part of a ballot initiative approved four years ago to speed up executions. The 2016 ballot measure was narrowly approved with 51 percent of the vote. It was intended to speed up executions by assigning more lawyers to death sentence appeals and shifting some appeals to trial court judges.

A condemned inmate walks along the east block of death row at San Quentin State Prison in San Quentin, Calif. More than 700 condemned inmates on California's largest-in-the-nation death row will soon have a chance to voluntarily transfer from San Quentin to other high-security prisons under a program required by the passage of a 2016 ballot initiative. (AP Photo/Eric Risberg, File)

“Now to say that this murderer is going to be allowed to go to a rehabilitation program and be treated like any other low-grade inmate is a slap to the face," he said.

California hasn't executed anyone since 2006 and Democratic Gov. Gavin Newsom imposed a moratorium on the practice last year, saying it would last as long as he's in office.

“We cannot advance the death penalty in an effort to soften the blow of what happens to these victims,” Newsom said at the time. “If someone kills, we do not kill. We’re better than that.”

“One of the arguments made against the death penalty was it cost too much to house them at San Quentin, which is an antique facility," said Criminal Justice Legal Foundation legal director Kent Scheidegger, who helped write the measure. "Our response was, well, they don’t need to be housed there. It was more to defuse one of the contrary arguments.”

Democratic Assemblyman Marc Levine said it’s ironic that death penalty supporters included the provision in their bid to speed executions, but now are unhappy with the results.

“That they also voted to allow rehabilitation services is poetic justice and reveals just how broken and beyond repair the death penalty is,” he said.

He is lobbying lawmakers to put a ballot measure asking voters to end the death penalty. California voters still approved of capital punishment. They have rejected ballot measures to abolish the practice in the past.

The state has executed 13 prisoners since the U.S. Supreme Court reinstated the death penalty in 1976.

The inmates who wish to transfer prisons will undergo psychological, physical and security evaluations to determine appropriate housing.

The plan will be evaluated over two years. Inmates who participate in work programs will have to pay 70 percent of what they earn toward a restitution program for victims and survivors.

“One of the thoughts behind Prop 66, there’s no reason death row inmates can’t work and earn some small income, and that small income can go to the victim’s family,” Scheidegger said. “It’s not going to be much but at least it can be symbolic.”

Women on California's death row will still be housed at the Central California Women’s Facility in Chowchilla because it's the only women's prison surrounded by an electrified fence.