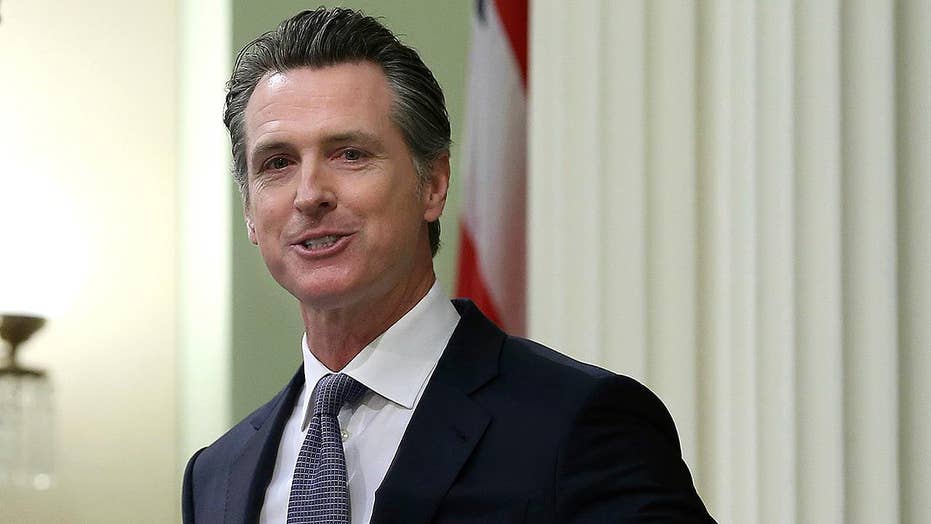 After California Gov. Gavin Newsom declared during his State of the State address earlier this week that he was shelving plans for a costly and controversial high-speed rail project from Los Angeles to San Francisco, Republican lawmakers in the Golden State are calling for a referendum vote on Newsom’s plan to build a similar railway through the state’s Central Valley.

While Newsom, a Democrat, earned a surprising amount of praise from California lawmakers in both Washington and Sacramento for pulling the plug – at least for now - on the rail project between the state’s two largest urban areas, some are calling his proposal for a high-speed line between Bakersfield and Merced an unnecessary waste of money that voters in the Central Valley don’t want.

A search on the Amtrak website found that the price of a one-way ticket between the two cities varies between $27 and $33.75.

Newsom, in his address this week, argued against the frequent complaint that the Merced-Bakersfield line would be a “train to nowhere,” and said that a high-speed railway would “form the backbone of a reinvigorated Central Valley economy.”

“The people of the Central Valley endure the worst air pollution in America as well as some of the longest commutes,” Newsom said. “And they have suffered too many years of neglect from policymakers here in Sacramento. They deserve better.”

He added: “We can align our economic and workforce development strategies, anchored by High Speed Rail, and pair them with tools like opportunity zones, to form the backbone of a reinvigorated Central Valley economy.” 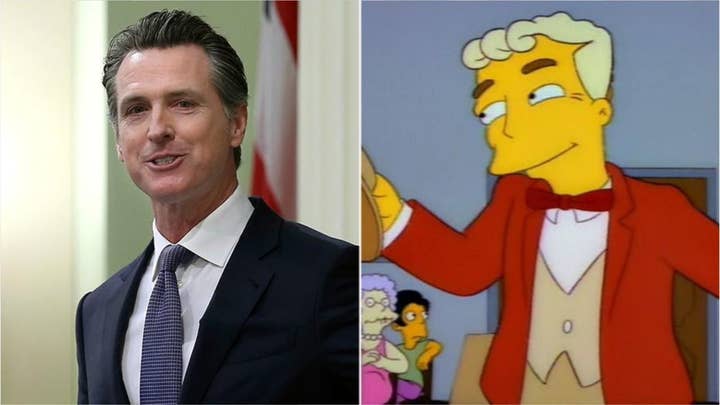 But lawmakers representing residents of the Central Valley – a region known primarily for providing more than half of the fruits, vegetables, and nuts grown in the United States – say this rail line is something that their constituents don’t want and that Newsom is putting forth a “bait-and-switch” to what was sold to voters in 2008 when the Proposition 1A was passed.

The proposition - which passed with 52 percent of the vote and allocated funds for the California High-Speed Rail Authority - was supported by voters in both Merced County and Kern County, whose county seat is Bakersfield.

CALIFORNIA'S BULLET TRAIN AND BIGGEST BOONDOGGLE IS OVER BUDGET BY BILLONS

“Governor Newsom is communicating mixed messages,” State Assemblyman Vince Fong, a Republican who represents Kern County, said in a statement to Fox News. “If he is intending to truly scale down this rail, that is a bait-and-switch on all Californians because this is not what was sold to voters in 2008. We must be honest with the public and give them an opportunity to vote on this project again.”

Fong added: “I believe this scaled-down rail project will still continue to be plagued with problems and set-backs leaving taxpayers on the hook. This entire project needs to be scrapped entirely.” 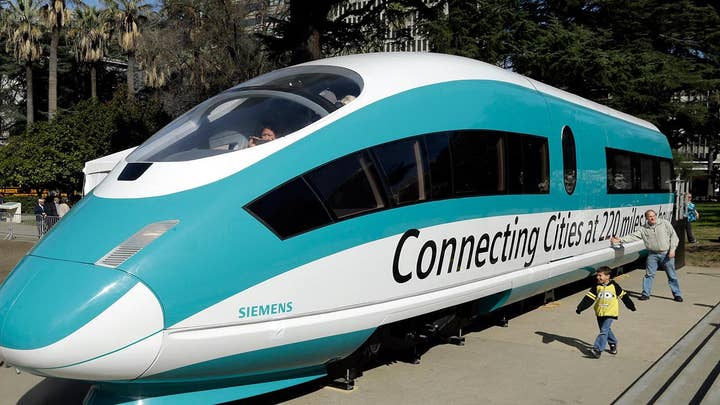 The Newsom administration, however, appears to have no plans to scrap the Merced-Bakersfield rail project, nor actually abandon the larger initiative to connect San Francisco to Los Angeles.

After it was widely reported that Newsom planned to fully pull the plug on the high-speed rail connection between the two cities, a spokesman for the governor clarified that the administration is only prioritizing the Central Valley line first and will “continue undertaking the broader project.”

“As the governor said in the speech, we have to be realistic about the project—that means refocusing and reprioritizing to get a finished section from Bakersfield to Merced,” Newsom spokesperson Nathan Click told Curbed SF, adding that they will “continue undertaking the broader project, completing the bookend projects and finishing the environmental review for the SF to LA leg.

Click also clarified Newsom’s comment about there being “no path” for the Los Angeles-San Francisco train at the moment as “there isn’t the funding to do the project from SF to LA under the current funding stream.”

The embattled $77-billion bullet train - which had long been championed by Newsom's predecessor, Jerry Brown - is years behind schedule with the latest estimate for completion set for 2033. Bullet train planners had been under increasing pressure to make progress on the system that many believe had no plausible way of living up to its goal of getting riders across the state in three hours or less.

Despite some confusion over Newsom’s plan, Republicans like Grove understood the governor’s words and knew that he was not completely abandoning the large-scale rail project.

“The governor said that right now there is not a path,” Grove said. “The key word was right now, because he won’t abandon this project.”