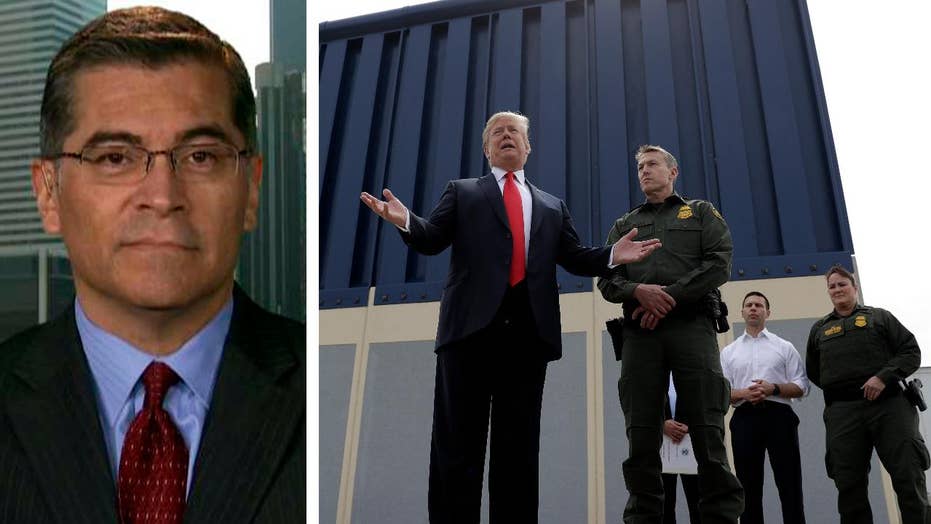 California Attorney General Xavier Becerra says the Trump administration doesn't have the legal authority to build the type of wall proposed and is prepared to go to court to make that case.

The state of California is appealing a court ruling that upheld President Donald Trump’s authority to waive environmental reviews for his proposed border wall with Mexico.

The state told the 9th U.S. Circuit Court of Appeals that it would seek to overturn a February ruling by Gonzalo Curiel, a federal judge in San Diego. Reviews required under the National Environmental Policy Act and dozens of other laws can significantly delay or even block wall construction.

Xavier Becerra, California’s Democratic attorney general and frequent Trump critic, says the state will argue that the waivers are an overreach of executive authority under the Constitution and that the president’s waiver authority under a 2005 law has expired.

The Center for Biological Diversity, an environmental advocacy group, also appealed Monday, saying the judge wrong to decide the waiver authority was still in effect.