Businesses, a church and other establishments around the White House are boarding up their windows and securing their valuables amid fears that another night of protests and vandalism could erupt on Sunday night.

D.C. Mayor Muriel Bowser has pleaded for protesters to remain peaceful and not attack law enforcement as she ordered a curfew in the city from 11 p.m. to 6 a.m. and activated the DC National Guard on Sunday night.

And the Secret Service asked people to "avoid streets and parks near the White House complex."

Rev. Rob Fisher, the rector of St. John’s Episcopal Church across Lafayette Square from the White House, sent a letter to parishioners on Sunday afternoon saying that the church has been reinforced and its valuable items have been secured after it sustained vandalism and graffiti during Saturday’s night’s chaos.

"This morning we secured, as best we could, our most valuable items,” Fisher, along with other church leaders, said in the letter.

Restaurants near the White House were also seen Sunday afternoon boarding up their windows, after being vandalized the night before.

Protests overflowed from Lafayette Park and continued near the White House on Saturday night and early into Sunday morning. Protesters in the area had taken to the streets since Friday to condemn police brutality.

Some demonstrators repeatedly attempted to knock over security barriers and vandalized six Secret Service vehicles, the agency said in a statement on Sunday. 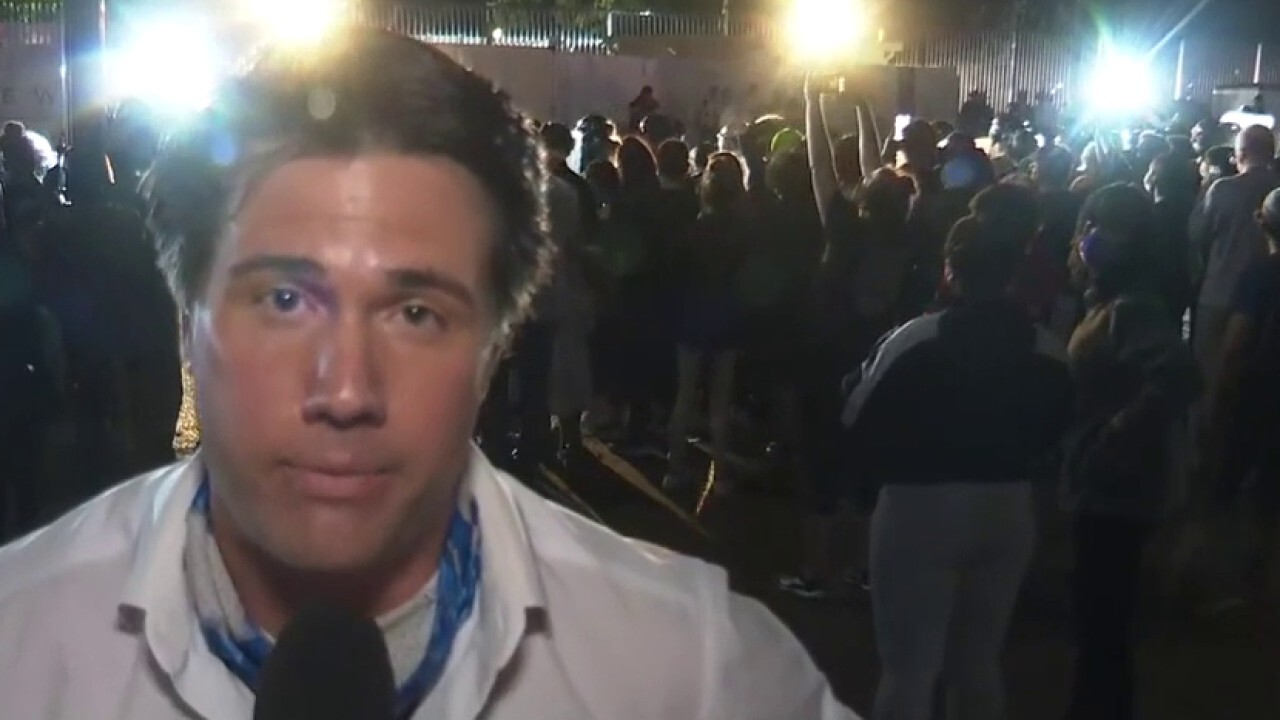 Protesters threw bricks, rocks, bottles, fireworks and other items at officers and some Secret Service personnel were also "directly physically assaulted as they were kicked, punched and exposed to bodily fluids," the statement added.

It was also outside the White House that Fox News reporter Leland Vittert was covering protests in Lafayette Park just before 1 a.m. on Saturday with three crewmembers when as many as a dozen masked protesters surrounded and chased them.

D.C. police have helped equip Secret Service agents with riot gear, including helmets, which is not a usual part of their protective gear, Chief of Police Peter Newsham said on Sunday. 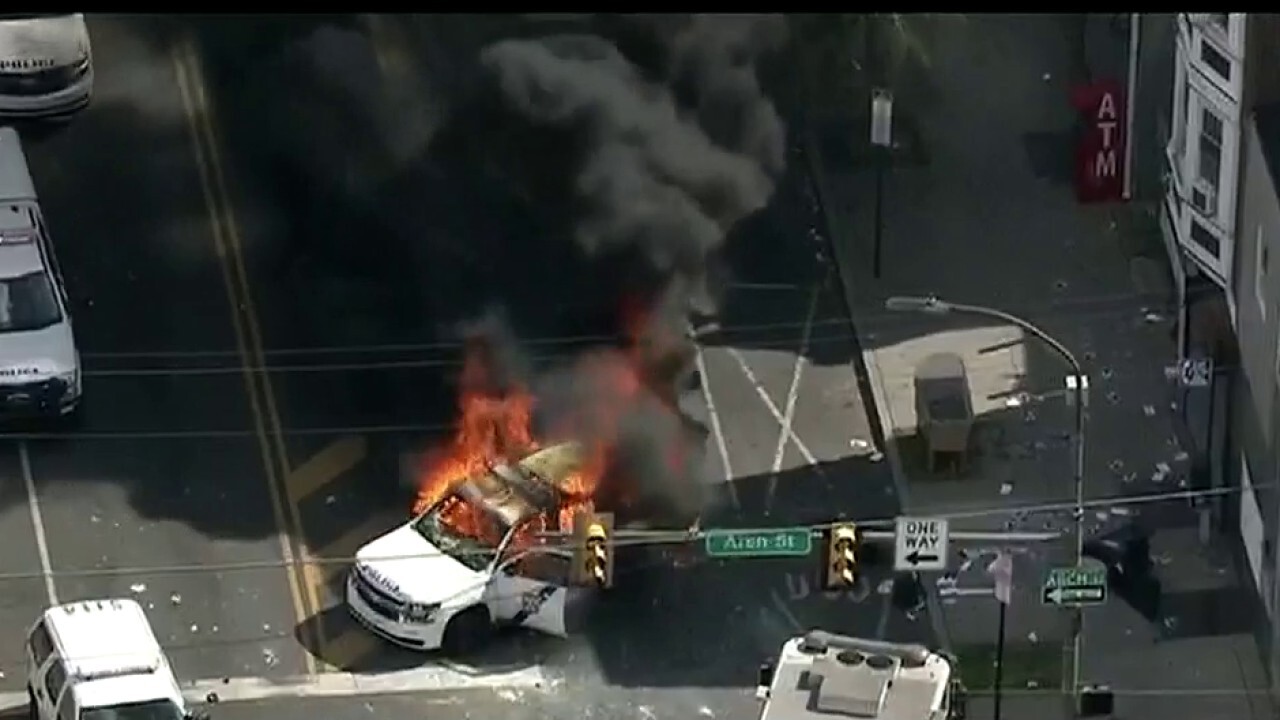 “We certainly recognize and empathize with the outrage people feel following the killing in Minneapolis last week. The killing of George Floyd wasn’t the first. People are expressing outrage and demanding action,” she said. “We also recognize that we are proud of our city and do not want our city to be destroyed.”

Protests have erupted coast to coast following the death of Floyd while in Minneapolis custody last Monday.