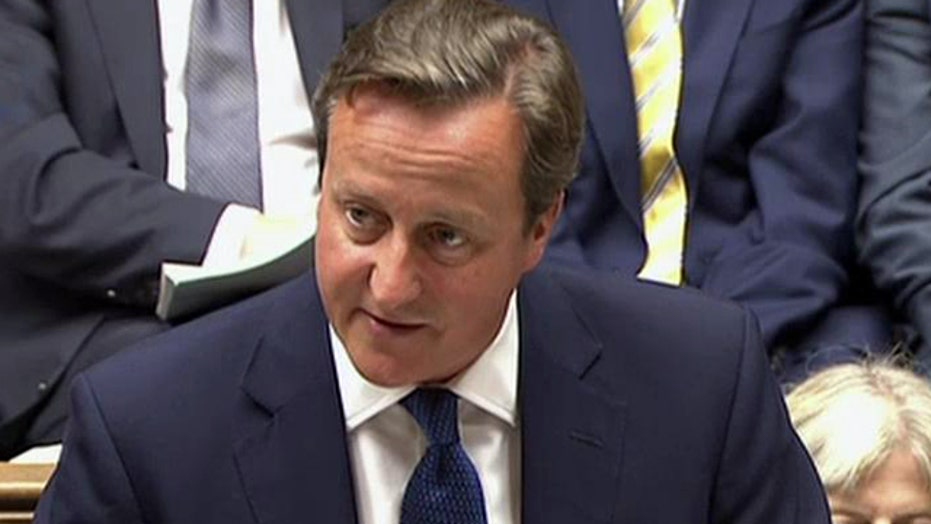 British Prime Minister David Cameron on Monday proposed sweeping legislation to combat the “scourge of extremism,” amid the fast and powerful rise of the extremist group Islamic State.

Cameron officially asked the House of Commons to agree to several temporary measures he proposed late last week, including the power to seize passports of suspected British jihadists leaving the country and controlling where they can move within the country.

“As I’ve said all along, this is not a knee-jerk response or sweeping, blanket changes that would be ineffective,” he said. “It’s not about just new powers, but about how we tackle extremism in all forms. … We will in the end defeat this extremism.”

In addition to laying out measures to defeat terrorism, Cameron also addressed the situations in Ukraine and Israel's Gaza Strip.

Offering what he called “a tough and patient approach,” Cameron said Britain must fill two key gaps to thwarting religious extremists like the Islamic State, whose members are responsible for the murder of American journalist James Foley.

He said his proposed legislation would give police officers temporary power to seize passports at the border. Secondly, he said it was key that Britain work to keep out foreign fighters who return from the Middle East and pose a threat to the nation, which recently upgraded its terror alert from substantial to severe.

Cameron said that Britain must prevent those suspected of extremism from traveling out of the country.

“Passports are not an automatic right,” he told his colleagues. He said to date, 500 people from the UK have left the country to fight in Iraq and Syria; 700 have left France to fight and Germany has seen 400 people exit to join religious extremists.

Cameron is asking for the changes essentially to prevent attacks on Britain by Islamist militants coming and going for terror training in the Middle East.

His get-tough proposals come amid calls in the United States for President Obama to announce a comprehensive plan to combat Islamic State, formerly known as ISIS, which started in Syria and has now taken control of much of northern Iraq. The group late last month released a video of a fighter -- suspected to be a British rapper -- beheading Foley.

The other proposals made by Cameron are to tighten aviation security by demanding airlines submit passenger flight lists, or not be allowed to land, and to exclude British nationals from return to Britain.