Bob Bennett, the lawyer who represented former President Bill Clinton during the Paula Jones sexual misconduct case, declared his support on Tuesday for Judge Brett Kavanaugh's nomination to the Supreme Court, referring to the nominee as "the most qualified person any Republican President could possibly have nominated."

In a letter exclusively obtained by Fox News, written to Senate Judiciary Committee Chairman Chuck Grassley, R-Iowa, and Ranking Member Dianne Feinstein, D-Calif., Bennett detailed his relationship with Kavanaugh, with whom he spent time during Ken Starr's investigation into Clinton.

Kavanaugh, 53, assisted Starr in writing his report in the 1990s, which laid out the legal framework for supporting Clinton's impeachment on charges of perjury and obstruction of justice, linked to his affair with then-White House intern Monica Lewinsky.

Bennett noted that while he and Kavanaugh worked for different teams during the investigation, the two were able to avoid "falling prey to that trap" of treating the opponent as a "villain."

The D.C. Circuit Court of Appeals judge, Bennett wrote, "has had an innate sense of fairness and civility that has governed his relationships with allies and adversaries equally."

Bennett also said lawyers "love" to argue their cases to Kavanaugh, who will then treat each one fairly.

"To him, it does not matter whether you are bringing a 'conservative' case or a 'liberal' case," Bennett said. "What matters is whether you can support your case with solid arguments grounded in the law."

Bennett added that attorneys think "Brett is a 'judge's judge'" and that when Kavanaugh "rules against parties, they know he gave them a fair hearing and thoughtful explanation for his position."

Bennett said that if the Senate does not confirm Kavanaugh to the recently vacated Supreme Court seat held by Justice Anthony Kennedy, "it would undermine civility in politics twice over." 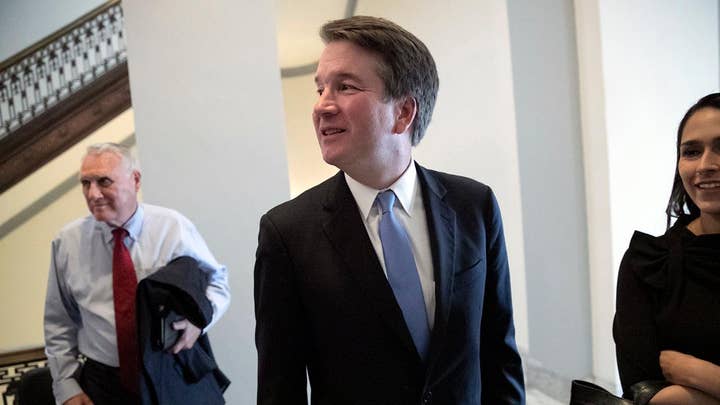 "First in playing politics with such an obviously qualified nominee, and then again in losing the opportunity to put such a strong advocate for decency and civility on our Nation’s highest court," Bennett wrote.

Confirmation hearings for Kavanaugh are expected to begin Sept. 4.