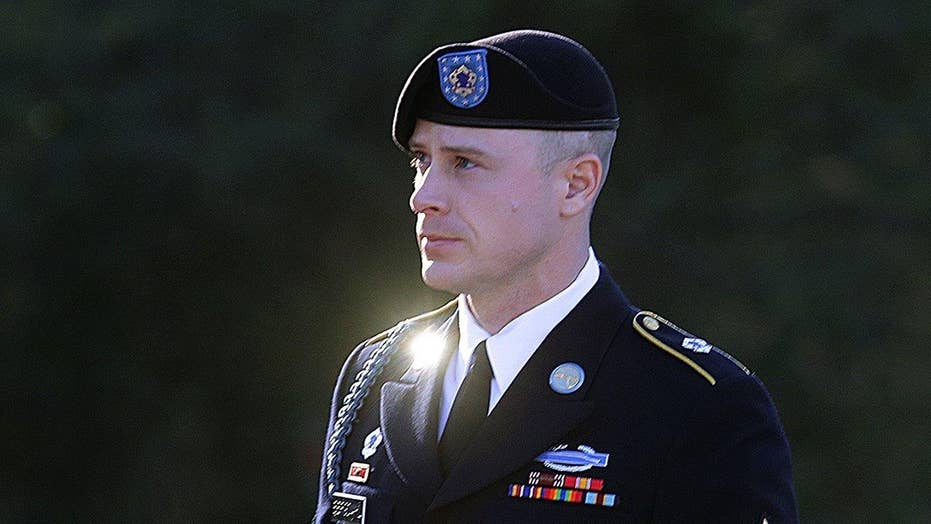 The case against Bowe Bergdahl

The latest on Bowe Bergdahl. 'Is It Legal?' reacts on 'The O'Reilly Factor'

RALEIGH, N.C. – Army Sgt. Bowe Bergdahl has decided be to tried by a judge — not a military jury — on charges that he endangered comrades by walking off his post in Afghanistan.

Bergdahl's lawyers told the court in a brief filing last week that their client chose trial by judge alone, rather than a panel of officers. He faces charges of desertion and misbehavior before the enemy at his trial scheduled for late October at Fort Bragg. The latter carries a maximum sentence of life in prison.

Defense attorneys declined to comment on the decision. But they previously questioned whether Bergdahl could get a fair trial by jury because of negative comments President Donald Trump made on the campaign trail.

Earlier this year the judge, Army Col. Jeffery R. Nance rejected a defense request to dismiss the case over Trump's criticism of Bergdahl.

Potential jurors had already received a questionnaire including questions about their commander in chief, but defense attorneys weren't allowed to ask jurors if they voted for Trump.

FILE - In this Jan. 12, 2016, file photo, Army Sgt. Bowe Bergdahl arrives for a pretrial hearing at Fort Bragg, N.C. Prosecutors argue that serious injuries to two soldiers who searched for Bergdahl in 2009 show that he endangered his comrades by leaving his post in Afghanistan. Lawyers for Bergdahl are seeking to limit the severity of punishments he could face through new arguments attacking the structure of the case against him. (AP Photo/Ted Richardson, File) (AP)

Rachel VanLandingham, a former Air Force lawyer not involved in the case, said defense attorneys likely felt limited in how they could probe juror opinions.

"They lost their ability to ask all the questions they wanted to ask, one of those being: 'Did you vote for President Trump?'" said VanLandingham, who teaches at Southwestern Law School in Los Angeles. "They felt that was very important ... for fleshing out whether a panel member could be fair."

Beyond concerns about jurors, she said Nance has so far demonstrated his objectivity.

"His pretrial rulings have shown that he's fair," she said.

Bergdahl was captured by the Taliban shortly after he left his remote post in 2009. The soldier from Idaho has said he intended to cause alarm and draw attention to what he saw as problems with his unit.

He was freed from captivity in 2014 in exchange for five Taliban prisoners. Former President Barack Obama was criticized by Republicans who claimed the trade jeopardized the nation's security.

Bergdahl has been assigned to desk duty at a Texas Army base pending the outcome of his case.